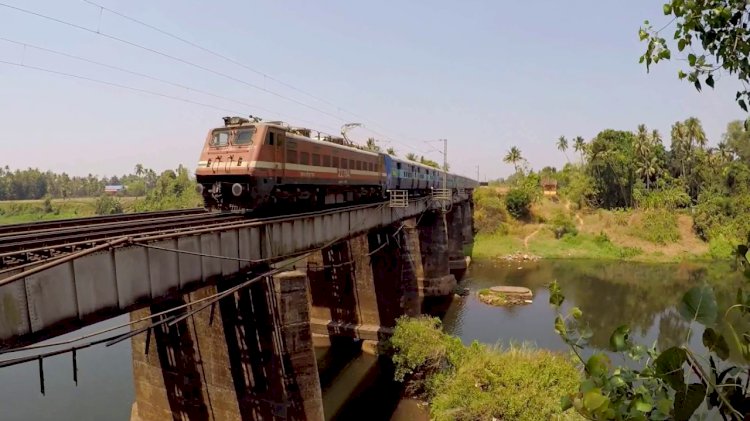 A WOMAN drowned while another was rescued from the Chalakudy river where they fell from a railway bridge after a speeding train blew them off in Ernakulam district on Saturday.

According to eyewitnesses, both the women employed in a shop near Chalakudy were crossing over the bridge at 9 am as the roads were flooded following heavy rains in the past three days.

As they entered the bridge, they realised that a train was coming from the opposite direction so they remained stuck to a side. But due to the speed of the train, the two got blown and fell into the river below.