A Slice of History: The Thalasserry Man Who Baked India’s First Christmas Cake (From Andrew Pappachen) 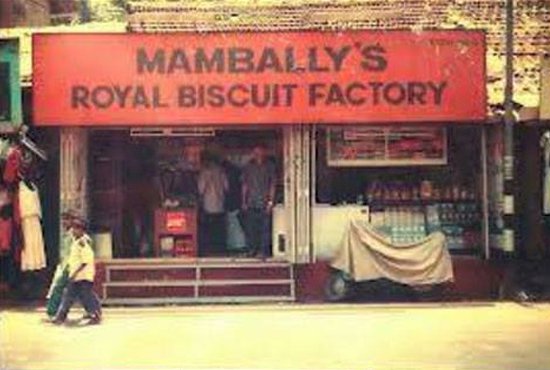 WHETHER it is Pondicherry’s decadent Vivikam, Goa’s rose-scented Baath or Allahabad’s unique spice cake, Christmas cakes hold a special place in many Indian homes. This is not only by virtue of their flavours, but also due to their cultural origin and history.

However, few Indians know the story of how the country’s first Christmas cake was baked way back in 1883. The year was 1880.

In the small coastal town of Thalasserry in north Kerala, Mambally Bapu — a businessman who shipped milk, tea and bread to British troops in Egypt — decided to set up his own little borma (bakery).

He had just returned from Burma, where he had mastered the art of biscuit-making, and wanted to popularise baked goods among the local Malayalis (back then, there was just one other bakery in the country and it catered solely to the British). So Bapu set up his small bakery, named it Royal Biscuit Factory, and got to work. He began producing almost 40 different varieties of biscuits, rusks, bread and buns.

Interestingly, the bread dough was made using local toddy (for fermenting) until the British started importing yeast into the country. In 1883, a few days before Christmas, Murdoch Brown (a British planter who had started a cinnamon plantation at Anjarakkandy) got off his jadka (carriage) and walked into the bakery with a rich plum cake he had brought from England. He asked Bapu to taste the cake and asked him if he could bake one just like that.

Intrigued, the busy baker agreed to try, thereby creating culinary history! To start off with, Brown gave a 10-minute demonstration about the basics of cake baking. He then handed over a sundry bunch of ingredients (that included cocoa, dates, raisins and other dry fruit) and suggested a French brandy from erstwhile Mayyazhi (now Mahe), for the Christmas cake.

But Bapu had his own ideas about how he would go about this novel project. He procured the mould from a blacksmith in Dharmadam, sourced the choicest of spices from farms along the Malabar coast and introduced a desi flavour by using a local brew made using cashew apple and kadalipazham.

On December 20, 1884, Bapu presented his creation to Brown. On tasting, the delighted Briton certified it as “one of the best cakes he had ever had” and ordered a dozen more! Unsurprisingly, the Christmas cakes quickly became a favourite with the locals and Bapu’s business flourished. In the years that followed, his descendants went on to establish successful bakery chains in different parts of the states.

Today, more than 130 years after Bapu made India’s first Christmas cake was presented, Thalassery remains a trendsetter in the cake industry of not just Kerala but of India.

Every year, expatriates place huge orders of Christmas cakes from the town’s bakeries, so that so much many of them stock nothing else nor accept orders for birthday cakes during the whole of December.

The numerous bakeries set up by branches of the Mambally family also continue to cater to Malayali taste buds. The more popular stores in this illustrious list include KR Bakes in Ernakulam, Cochin Bakery in Kochi, Shantha Bakery in Thiruvananthapuram, Modern Bakery in Kozhikode, Tops Bakery in Nagercoil and Best Bakery in Kottayam.

In fact, the iniquitousness the Malayali existence — of bakeries has made them innate in Kerala, estimated 25each panchayat has an 40 bakeries and picking favourites from each bakery is an indulgence that is exercised religiously.

Interestingly, the walls of Best Bakery are adorned by two paintings depicting the historic moment of Bapu handing over the cake to Brown. The Cochin Bakery too has a fascinating legacy of its own —the Maharajah of Cochin’s fondness for its bakes was so much that every day his car would be specially sent to procure some along with the daily newspaper!

Another family folklore of the Mamballys goes that Field Marshal KM Cariappa had tasted their bakery’s biscuits in Egypt while fighting in the World War II. He liked it so much that when he returned to Coorg, he sent people to the bakery especially for the biscuits.

So the next time you are in Thalassery, remember to get yourself a slice of history!

The myth of Nothing (From Arlene James)