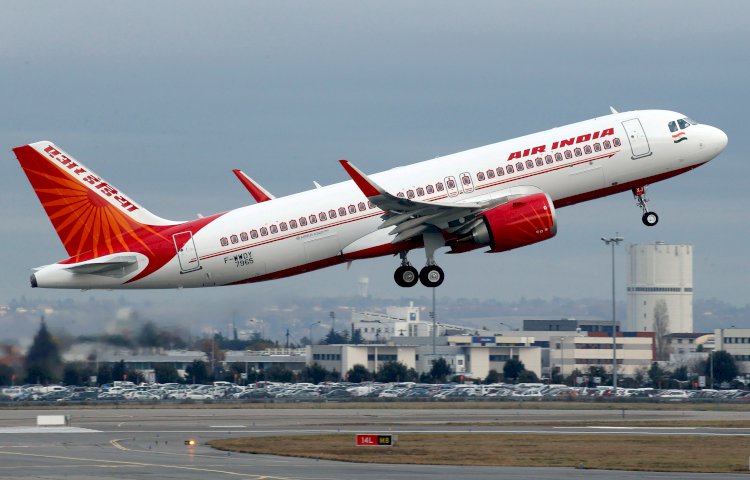 TATA Group-owned Air India is considering buying nearly 300 new planes with 70 per cent of them being narrow-bodied aircraft, in what could be one of the largest orders in commercial aviation history as the formerly state-run airline looks to overhaul its fleet under new ownership, aviation industry sources said on Sunday.

The carrier may order Airbus SE's A320neo family jets or Boeing Co.'s 737 Max models, or a mix of both, the people said, asking not to be identified because the discussions are confidential, Bloomberg reported.

A deal for 300 737 Max-10 jets could be worth $40.5 billion at sticker prices, although discounts are common in such large purchases.

Winning this contract would constitute a major victory for US-based aircraft manufacturer Boeing, in what is the world's fastest-growing commercial aviation market. So far, European manufacturer Airbus has been the dominant player in the Indian market.

IndiGo, operated by InterGlobe Aviation Ltd., is the world's largest customer for the European manufacturer's best-selling narrowbodies, ordering more than 700, and others including Vistara, Go Airlines India Ltd. and AirAsia India Ltd. fly planes from the same family.

While Air India has zeroed in on Airbus's A350 wide-bodied aircraft for the procurement, the talks with Airbus and Boeing for narrow-bodied aircraft is still on, they said. A wide-bodied plane like Airbus A350 has a bigger fuel tank that allows it to travel longer distances such as the India-US routes.

Air India has not bought a single aircraft since 2006 when it placed orders for purchasing 111 aircraft 68 from the US-based aircraft manufacturer Boeing and 43 from European aircraft manufacturer Airbus. The Tata Group took control of Air India on January 27 after successfully winning the bid for the airline on October 8 last year.

Modernising Air India's fleet is crucial for the Tata Group. The airline, once known for its premium services and advertisements that featured Bollywood stars, has lucrative landing and parking slots at almost all major airports around the world.

But it faces stiff competition from foreign airlines with non-stop services to India, as well as carriers operating from hubs in the Middle East.