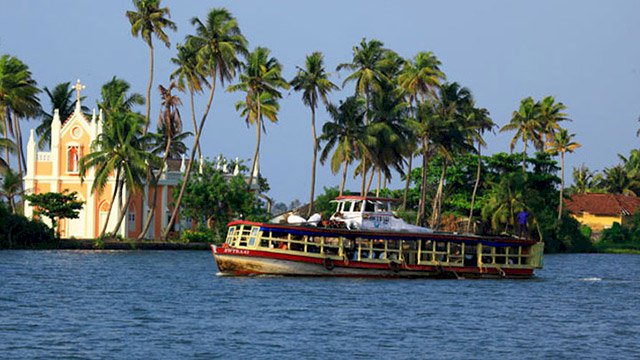 "LOKAME Tharavadu" (ലോകമേ തറവാട്), a major contemporary art show featuring 267 artists and over 3,000 art works including assemblages and installations that began last week in Alappuzha, has the potential to transform the dynamics of cultural tourism, according to tourism stakeholders and planners.

The show, curated by artist Bose Krishnamachari and organised by the Kochi Biennale Foundation, which also organises the Kochi-Muziris Biennale, is also a celebration of the heritage of Alappuzha, where a string of museums has been planned by Alappuzha Heritage Projects under the guidance of Muziris Heritage and funded by Kerala Tourism.

The event is being held at five different venues and from Saturday will now open for the public, but under very strict Covid protocols.

Additional Chief Secretary, Cultural Affairs, Planning and Economic Affairs, V. Venu, said for a variety of reasons this project is a game changer as it extends the footprint of Alappuzha as a destination.

Alappuzha is often referred to as the Venice of the East.

"The event also puts the spotlight on the built heritage of the city, on its by lanes and many bridges and the quaint precincts where the event is being held, revealing the many layers of Alappuzha's history and its rich cultural interface. I believe that the event would become a catalyst through which we will see Alappuzha re-branding itself and re-positioning itself as a destination worth more than a cruise. From a cultural point of view, this is a great example of adaptive re-use. We are only starting to do this," added Venu.

Conservation architect Benny Kuriakose said that they embarked on the ambitious project to conserve the built heritage of Alappuzha for the future generations.

"We also thought there is great educational value in these spaces which served as coir factories and warehouses. These are nothing but attempts to tell stories from our past and the linkages of the place with the maritime trade," said Kuriakose.

"The people here have also great aspirations regarding the project. The benefits brought in by the Biennale in Kochi are known to everyone and I am certain that this would lift Alappuzha as a destination and provide it a new orientation," said Pulickattil whose company owns a dozen houseboats.

Venu also feels that from an art point of view, the event is a godsend for young artists.

"To get this kind of exposure, to get this kind of platform for exhibiting their works and to be seen and commented and reviewed by the best in the art world, like a never-before, never-again kind of chance. This event plucks brilliant young people just out of wilderness and places them squarely before the world. That is an amazing effort because it is transformational in many ways and is going to change a lot of people's lives," added Venu.

Even jail is not safe as Rs 1.92 lakh goes missing