Baby born with 'twin' foetus inside her stomach 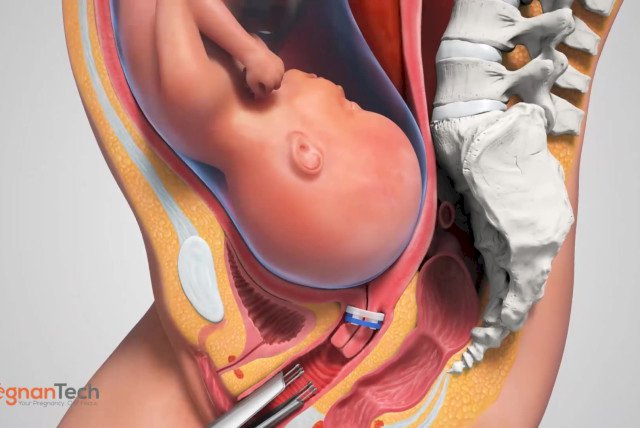 A BABY in Israel was born with her own "twin" inside her stomach — a rare phenomenon known as "foetus in foetu," according to news reports.

Doctors first realized there might be a problem when they performed a late-pregnancy ultrasound on the baby's mother and saw that the baby's stomach was enlarged, according to The Times of Israel.

So when the baby was born, doctors performed a number of tests, including ultrasounds and X-rays, and spotted a partially developed foetus inside the baby's abdomen, The Times of Israel reported. Doctors performed an operation to remove the foetus.

The term "foetus in foetu," which literally means "foetus within foetus," is generally defined as a condition in which a developmentally abnormal foetus is found inside the body of its otherwise healthy twin, Live Science previously reported. The condition is extremely rare, occurring in about 1 in 500,000 births, according to a 2010 report on the phenomenon, published in the Journal of Surgical Technique and Case Report.

It is not exactly clear what causes foetus in foetu, but scientists think the foetus is a a rare type of "parasitic twin," according to Arizona State University. Such parasitic twins form when, during an identical-twin pregnancy, one of the foetuses is absorbed by the other early in pregnancy.

"It happens as part of the foetal development process when there are cavities that close during development and one of the embryos enters such a space," Dr. Omer Globus, director of neonatology at Assuta Medical Center in Ashdod, Israel, where the baby was born, told The Times of Israel. "The foetus inside partially develops but does not live and remains there."

Another theory is that foetus in foetu is a kind of teratoma, a type of tumour that can contain all three of the major cell types that are found in an early-stage human embryo, Live Science previously reported. Some researchers say that the presence of a spinal column distinguishes a diagnosis of foetus in foetu from a teratoma, with the latter lacking a spinal column, according to the 2010 paper.

The baby is recovering well from her operation and is now at home with her mother, The Times of Israel reported. - Live Science