BCCI may bring back Anil Kumble as Head Coach 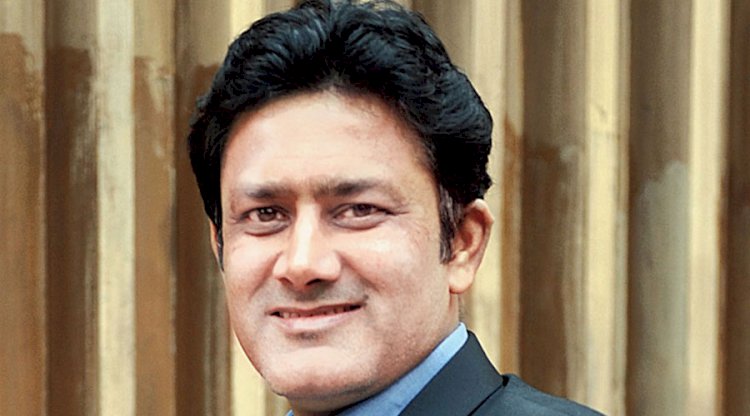 AFTER the T20 World Cup in 2021, the Indian cricket squad appears to be set for a major revamp, reports Sakshi Post.

While Virat Kohli has already stated his intention to step down as captain of the shortest format, now, head coach Ravi Shastri's contract is about to expire. According to reports, the Board of Control for Cricket in India (BCCI) is considering bringing back Anil Kumble as Shastri's replacement.

Kumble quit as India's head coach following the team's defeat against Pakistan in the ICC Champions Trophy 2017 final due to a spat with skipper Kohli. Although the BCCI wanted Kumble to continue coaching the team, the poor relationship between the head coach and the team captain made it impossible to do so.

With Ravi Shastri's stint coming to an end and Kohli no longer serving as T20 captain, the BCCI is allegedly planning to rehire the former spinner and captain as head coach, Sakshi Post added.

According to sources, Ganguly wanted Kumble to remain to coach the team after the 2017 Champions Trophy, despite Kohli's opposition, and now he wants to replace Shastri.

If Kumble wants to succeed Shastri, he must step down as head coach of the Punjab Kings and quit as chairman of the International Cricket Council's cricket committee because the BCCI doesn't allow dual roles.

With Kohli just quitting the T20I captaincy, Kumble's comeback remains uncertain, since there would be no change in leadership in ODIs and Tests.

Sobhana George steps down as Khadi Board vice-chairperson