Can two batsmen make a winning team? The curious partnership of Sabu and Kejriwal

Politics The AAP in Kerala is hoping to piggyback on a fledgling Twenty20, but in the absence of a strategy for growth or a popular face the party is on a sticky wicket.Saritha S BalanPC/Youtube In 2014 when the Aam Aadmi Party (AAP) made its... 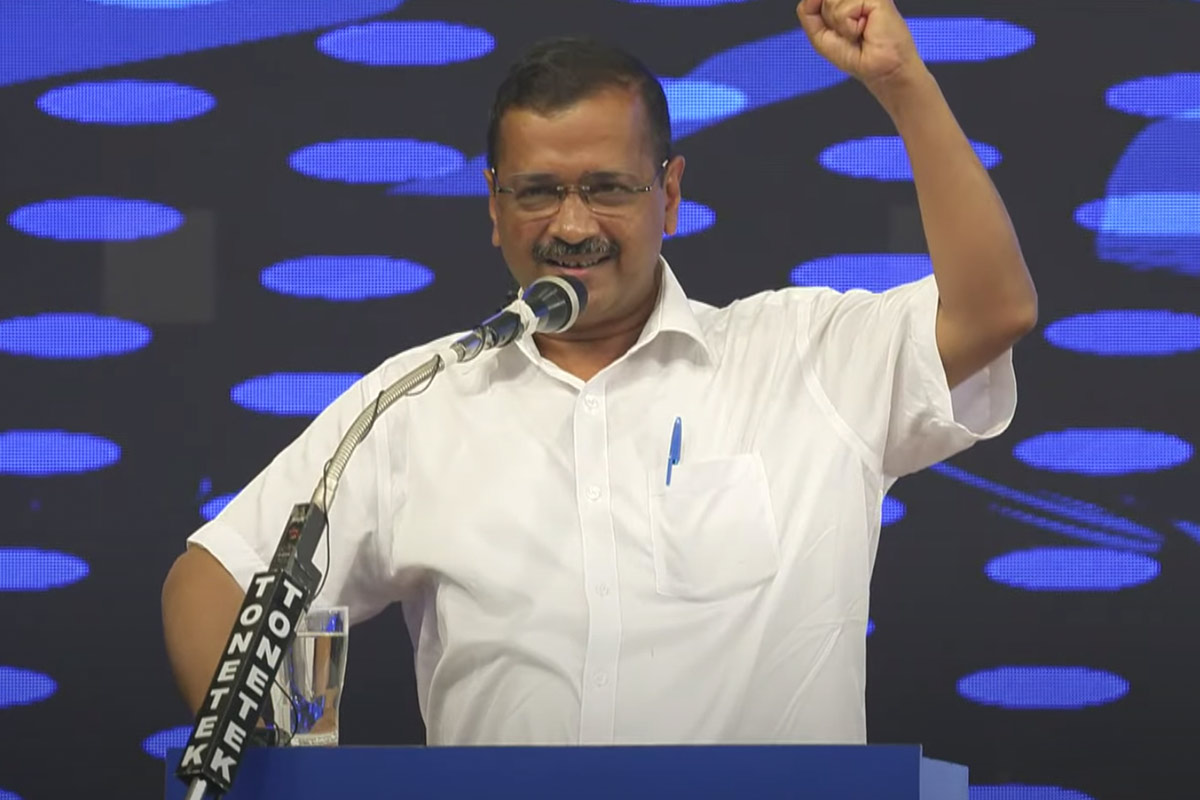 IN 2014 when the Aam Aadmi Party (AAP) made its foray into Kerala, there were some quick inductions that turned heads. Among the prize catch were some well-known public figures – journalist Anita Pratap and Malayalam writer Sara Joseph.
It seemed like the AAP had become a political alternative for those seeking a change from the predictable flips between the two fronts led by the Communist Party of India (Marxist) and the Congress. It also gave an impression that the party will soon make its mark in the state.
But instead, it faded away from the scene slowly becoming a mere spectator in the years that followed. Now the party is in a comeback mode in the state with an unusual ally, but the road ahead is not a smooth one.
The AAP's return was marked by its supremo Arvind Kejriwal's speech at Kizhakkambalam in Ernakulam a week ago where he declared his party’s alliance with Twenty20, the CSR wing of Kitex Garments. The People’s Welfare Alliance (PWA) announced by Kejriwal and Twenty20 Chief Coordinator Sabu M Jacob is now officially considered the fourth front in Kerala after the Left Democratic Front (LDF), the United Democratic Front (UDF) and the National Democratic Alliance (NDA).
Twenty20, considered a corporate political outfit, now rules four panchayats in Ernakulam district — Mazhuvannoor, Kunnathunad, Aikkaranadu and Kizhakkambalam. Kejriwal addressed a huge crowd at Kizhakkambalam, where Kitex Garments is headquartered.
Kejriwal, who delivered the speech in Hindi, highlighted his party’s achievements in Delhi and the recent electoral victory in Punjab, and reminded the audience of their credentials as a party fighting corruption, raising both the hands skyward and thanking God Almighty for the growth of AAP every few minutes.
"Ten years ago no one knew AAP or Arvind Kejriwal. But within a year of us launching a political party we could form a government in Delhi. Not just once but three times. Now we have a government in Punjab. This shows that AAP can form a government in Kerala," Kejriwal said.
He even went on to say that he doesn’t understand politics, but merely did his job based on 'dharma'. He praised Sabu for having a similar temperament and said this was the reason AAP was forming an alliance with Twenty20.  Both the outfits also share a bond when it comes to populism.
Twenty20 became hugely popular and indispensable for the electorate in Kizhakkambalam because of the ‘Food security market’ they operate in the panchayat and various other subsidies. The freebies provided by AAP - huge subsidies in power and water - helped it come close to people.
A questionable choice Sabu Jacob floated Twenty20 in 2013 after the Anna-Kitex group faced allegations of polluting water bodies in Kizhakkambalam, situated 25 km from Kochi, through effluent discharge. This prompted many people in the panchayath to turn against the company and form an action council against the group.
The group also opened a 'Bhakshya Suraksha Market (food security market), which allowed residents of the panchayat, who are also members of Twenty 20, to purchase goods at subsidised rates. They also distributed poultry and milch animals to the needy and laptops for students at subsidised prices.
In July 2021, the labour department served a notice on Kitex Garments alleging 73 violations it noticed during a surprise inspection. Soon, Sabu announced that he was pulling out of a proposed Rs 3,500 crore investment in Kerala due to harassment from authorities. Sabu alleged that the state government is not investment friendly garnered national media attention.
In September 2021, he announced investments to the tune of Rs 2,400 crore in Telangana.  The gains it made during the local body polls in 2020 had emboldened Sabu to make bigger electoral bets when Assembly elections were held in April 2021.
The party needs another selling point in the state. Many experts TNM spoke to believe that targeting the political fatigue that has set in amongst a section of the population and the introduction of fresh faces could give the AAP and Twenty20 some advantage. But if the new front is unwilling to adapt locally and carries forward its Delhi baggage, then it could become just another washout.
Read More