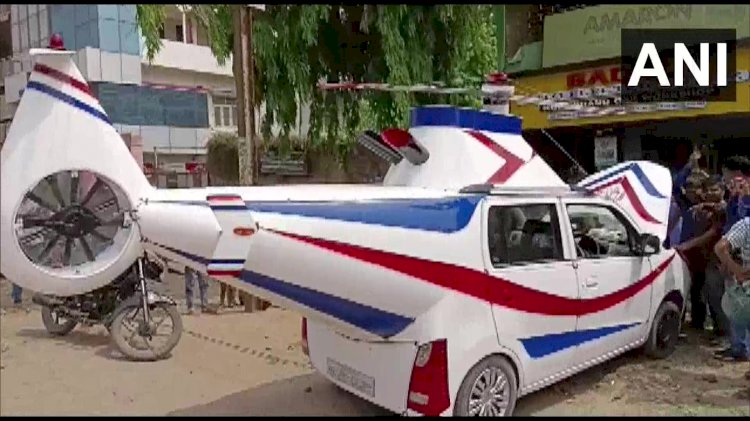 A MAN in Bihar's Khagaria district has converted his hatchback car to make it look like a chopper. The man -- Diwakar Kumar -- spent ₹3.5 lakhs on the modifications and added rotor blade, tail boom and more, according to news agency ANI. The vehicle also had red and blue stripes on the side and around the roof.

"I saw it on YouTube and thought of doing this. I have spent ₹3.5 lakhs on the modification," ANI quoted Diwakar as saying.

He is now planning to lend his car-turned-helicopter for wedding functions. "I will use it for bookings in wedding ceremonies" he also said.

This is not the first time a man in Bihar has come up with such creativity to modify their car. Earlier in February, a resident of Bagaha in Bihar had also modified his Nano car into a helicopter by spending over ₹2 Lakh. He was also planning to rent it out for a price of ₹15,000.

Guddu Sharma had decided to modify his car after he noticed a huge demand for helicopters during weddings. The prospective grooms wish to bring their bride home, but due to money problems, they can't afford it, he had said.

Violence in Ukraine should end immediately: PM after talks with Boris Johnson