Disaster managementIn places where the tetrapod blocks have been laid, the waves merely touch the top of the seawall, and seawater does not seep into their houses like it did in the past, Chellanam residents say.Maria Teresa RajuTetrapod seawall... 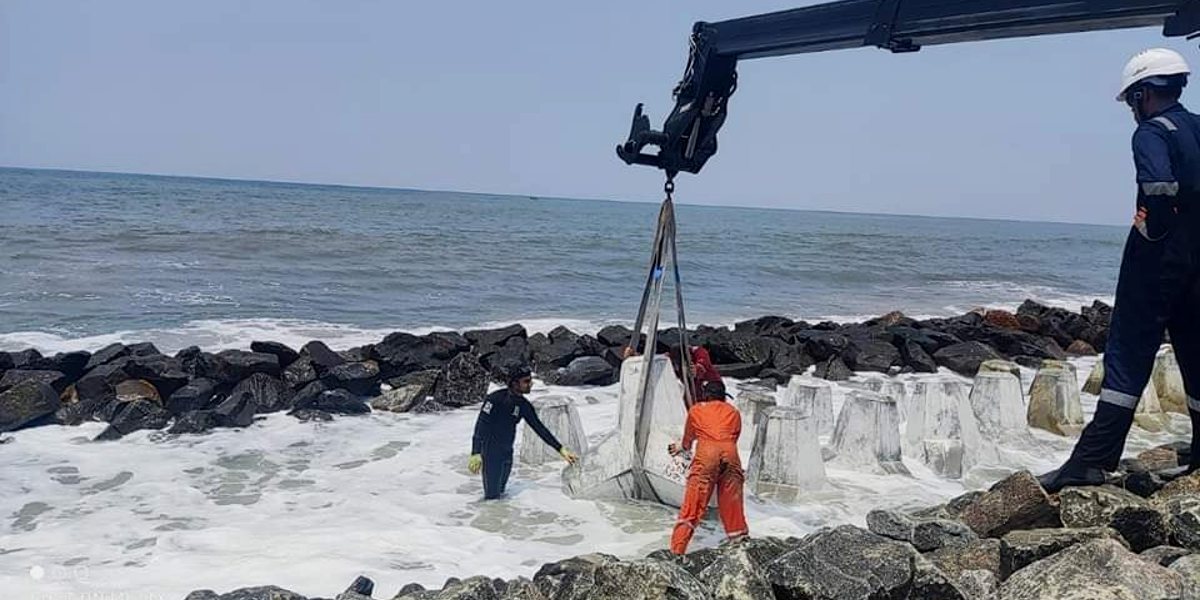 WITH 40% of the first phase of the tetrapod seawall project completed in the Chellanam grama panchayat of Kochi, residents are experiencing the first calm monsoon in several years.
In places where the tetrapod blocks have been laid, the waves merely touch the top of the seawall, and seawater does not seep into their houses like it did in the past, residents note with relief apparent in their faces.
Over the years, the dredging activities of the Cochin Port Authority and the construction of the Chellanam harbour had stripped the coast of its sandy beach, leaving the area residents battered by sea erosion.
It was in June this year that Chief Minister Pinarayi Vijayan had inaugurated the Rs 344-crore tetrapod project. The first phase of the project extends for 7.5 km, from Chellanam harbour in the south to Puthenthode near Kannamaly in the north.
The project, which will cover a 10 km shoreline in two phases, has been designed based on the studies conducted by the Chennai-based national Centre for Coastal Research.
The construction is undertaken by the Uralungal Labour Contract Co-operative Society under the supervision of the Anti-Sea Erosion Management Unit of the Irrigation Department.
Till now, 20,235 tetrapods and 3,50,323 metric tonnes of granite have been used in the construction. In addition to the approximately 2-km stretch across which tetrapods have been installed, other areas where granite has been unloaded in preparation of the seawall construction are also enjoying relief from the rough sea this monsoon.
Read More