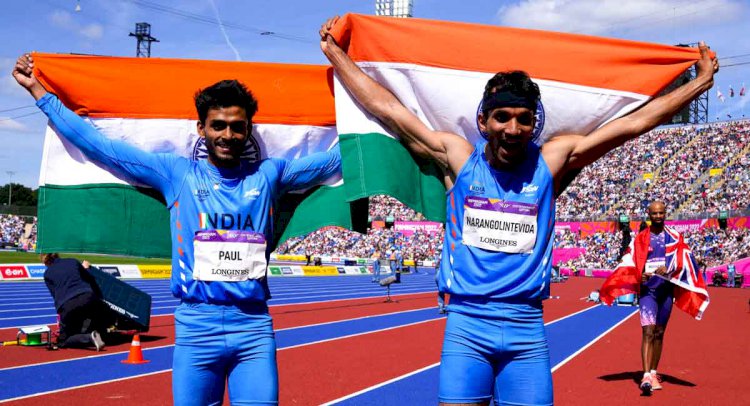 Update: Prime Minister Narendra Modi's message - "Today’s Triple Jump event is historic. Our athletes have done excellently. Congratulations to the superbly talented Eldhose Paul who has won a Gold medal and backed up his good performance in previous international competitions. His dedication is laudable".

"Delighted that Abdulla Aboobacker has won a Silver in the Triple Jump event in Birmingham. The medal is the result of a lot of hard work and remarkable commitment. All the best to him for his future endeavours".

IN a historic achievement for India, Eldhose Paul grabbed the gold medal for India in triple jump, whereas Abdulla Aboobacker Narangolintevid won a silver medal at the Alexander Stadium in Birmingham on Sunday. Both are from Kerala.

Paul jumped a mammoth 17.03 metres in his third attempt after having an average start in the first two attempts.

Abdulla was not too far behind his compatriot with 17.02 metres as he finished second. His best jump in the first four attempts was 16.71 metres, being out of medal contention. However, he produced a magical jump in his fifth attempt.

Ace Indian badminton player PV Sindhu sailed into the final of the women’s singles at the Commonwealth Games 2022 with a hard-fought win over Singapore’s Yeo Jia Min at Birmingham’s National Exhibition Centre in UK, on Sunday. 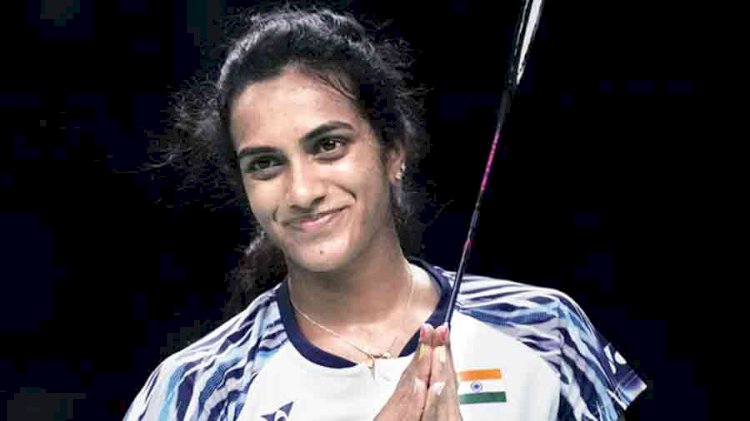 Sindhu, seventh in the badminton world rankings, beat the world No. 19 Yeo Jia Min 21-19, 21-17 to make her second straight CWG final. Sindhu was beaten for gold by Saina Nehwal at Gold Coast in 2018. Sindhu also has a CWG bronze medal from 2014.

Sindhu will take on world No. 13 Michelle Li of Canada in the final on Monday to complete the set of medals at the Commonwealth Games. The Indian shuttler has beaten the Canadian in both the matches they have played this year in straight games.

Another landslide in Idukki, no casualty reported