Delhi sizzles at 43-degree C, no respite likely on Wed 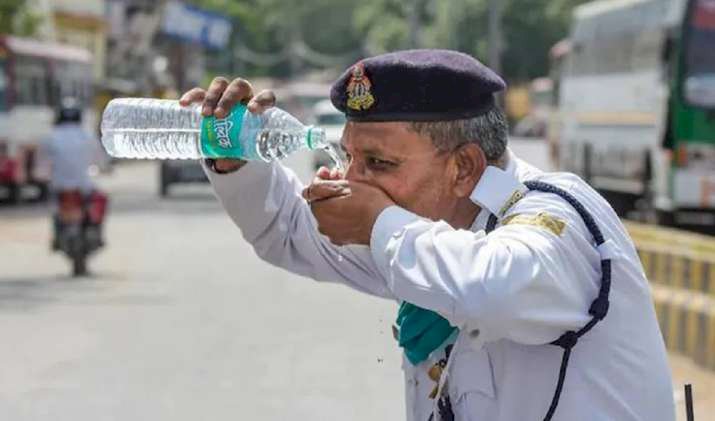 THERE seems to be no respite from the scorching heat as the national capital on Wednesday witnessed the first severe heat wave of the year with its maximum temperature soaring to 43-degree Celsius, the highest recorded so far this year, the met department said.

The highest temperature was recorded in the Najafgarh area at 44.4-degree Celsius, followed by Pitampura (44.3) and Mungeshpur (44.3).

The India Meteorological Department (IMD) has predicted a similar heat wave on Wednesday with the highest temperature remaining around the 42-degree Celsius mark.

The IMD has attributed the severe heat wave to the delay in the arrival of monsoon.

The southwest monsoon has reached Barmer in western Rajasthan, one of its last outposts, two weeks before its normal schedule but is yet to arrive in the north Indian plains, including Delhi, according to the IMD.

The IMD had earlier predicted that the wind system may reach Delhi by June 15, which would have been 12 days early. However, westerly winds have been blocking its advance into Delhi, parts of Uttar Pradesh, Rajasthan, Punjab and Haryana.

However, this year the wait for Delhi, Haryana, parts of western Uttar Pradesh, Punjab and western Rajasthan has got prolonged even as the mercury and humidity continue to soar, the IMD said, adding that immediate relief is unlikely. - SocialNews.XYZ