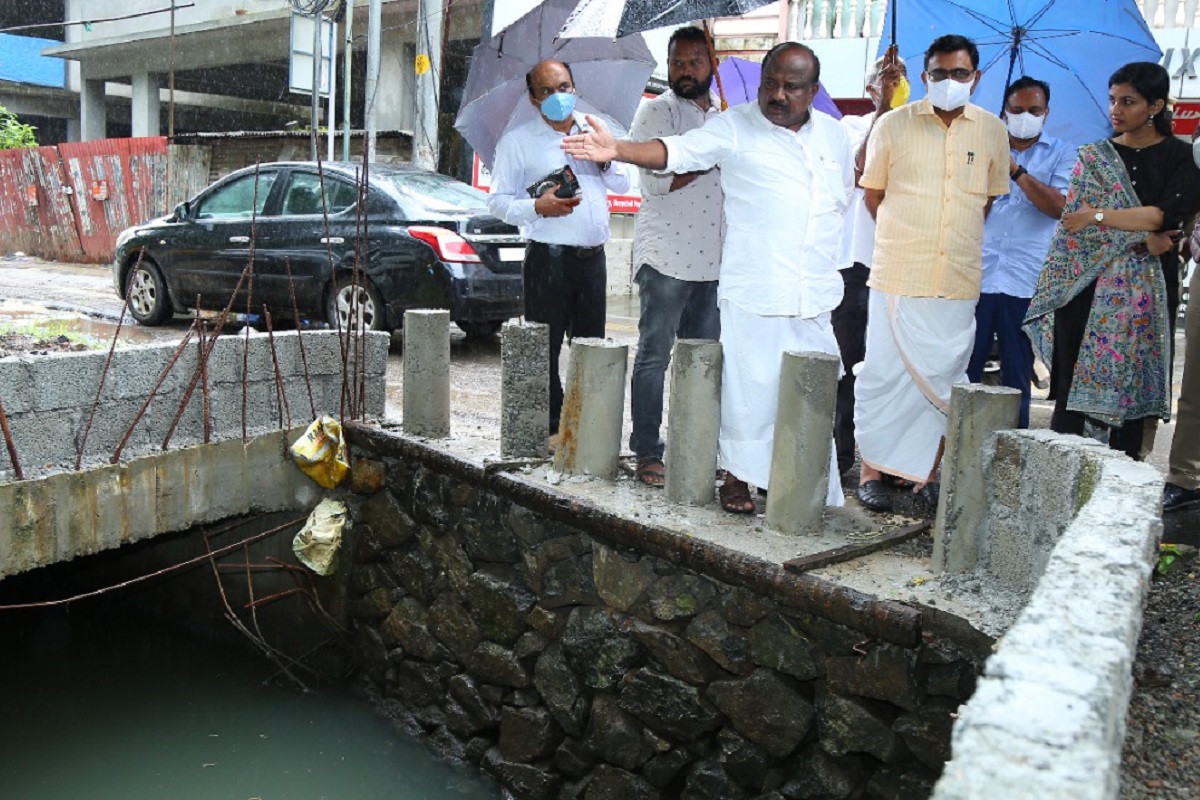 EVERY time Kochi experiences heavy rains, the city’s arterial roads get flooded leading to traffic blocks. People have to wade through knee-deep water and critical assets including the main power substation, and the transport bus stand faces the threat of inundation.
On August 1, major roads in Kochi were waterlogged by 9 am owing to heavy rains that began an hour earlier. It was the second such instance this year after May and happened despite the Kochi corporation completing its pre-Monsoon cleaning drive.
With the rain pattern changing, efforts at containing Kochi’s urban flooding have repeatedly proven ineffective as unscientific stormwater drains and the connecting canals are no match for the water that flows in. The tidal effects on the canal system also play a role in the risk of flooding.
Any solution should involve ensuring uninterrupted water flow in Kochi’s network of canals, as well as designing and implementing an efficient drainage masterplan, which the city does not have till date.
Did the Operation Breakthrough fail?
A report on Flood Mitigation in Kochi prepared by the Irrigation Department, Ernakulam, states that almost all of the coastal city’s canals were once broad and navigable. They allowed tidal water to rise and recede without flooding the land.
Multiple encroachments, unscientific constructions and waste dumping have reduced their holding capacity, causing them to overflow during high tide.
Operation Breakthrough, started in 2019 with the aim of rejuvenating Kochi’s canal network, has completed two phases so far. Three years later, residents and activists say benefits of the project are not visible.
Social activist Cheshire Tarzan attributes the poor results of the project to corruption and the absence of political will.
Read More

NEET exam row: HC asks NTA what the protocol is

"Yet to open our eyes to doping in the country": Usha In Rajya Sabha