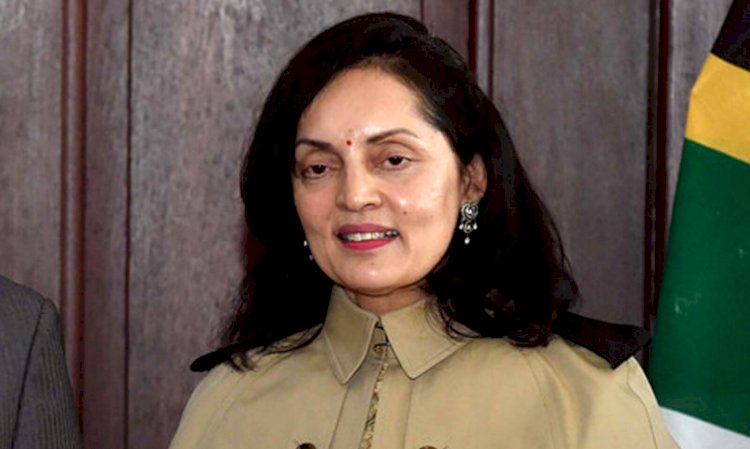 Kamboj, a 1987-batch Indian Foreign Service (IFS) officer, is presently serving as India's envoy to Bhutan. Ruchira Kamboj is the first female Ambassador of India to the Kingdom of Bhutan.

She will succeed T S Tirumurti as the Indian ambassador to the UN.

Ruchira Kamboj was posted as Counsellor at India's Permanent Mission to the United Nations in New York from 2002-2005, where she dealt with a wide range of political issues, including UN Peacekeeping, UN Security Council reform, the Middle East crisis etc.

Upon release of Secretary-General Kofi Annan's Blue Ribbon Panel Report in December 2014, she was part of the G-4 team that worked on the reform and expansion of the United Nations Security Council, which is yet a work in progress.

Kamboj is expected to take up the assignment shortly, the Ministry of External Affairs said in a brief statement.

Ruchira Kamboj is married to businessman Diwakar Kamboj and has one daughter. Her late father was an officer in the Indian Army and her mother is a writer-professor (retired) of Sanskrit from the University of Delhi.