Fast food giant Domino's pulls out of the birthplace of pizza 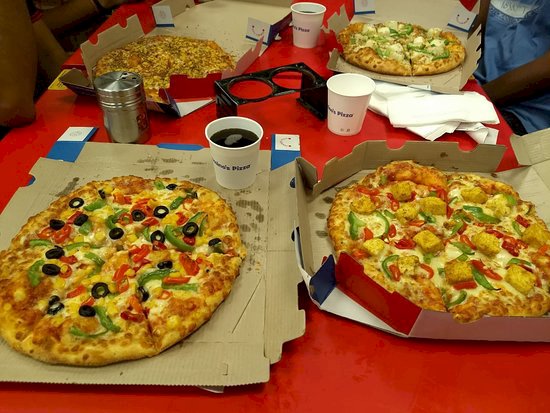 DOMINO'S Pizza's last stores in Italy have been closed after the firm that operated its outlets in the country filed for bankruptcy, reports say, reports the BBC.

Franchise holder ePizza SpA was hit by the pandemic, according to Bloomberg, which first reported the story.

Domino's had struggled to win over customers in the birthplace of pizza since launching there in 2015.

News of the fast food giant's exit from the country was celebrated by some social media users.

EPizza SpA first filed for bankruptcy in early April after it was impacted by coronavirus restrictions.

"The Covid-19 pandemic and subsequent and prolonged restrictions from a financial point of view have seriously damaged ePizza," the company said.

As part of the bankruptcy process, the firm was granted protection from its creditors for 90 days. However, that protection came to an end last month.

The Italian firm had already been scaling back the business from its peak in 2020, while deliveries stopped from the end of July.

As of 2020, the company directly managed 23 outlets in Italy and another six stores were run through sub-franchising, according to the bankruptcy documents.

In comparison, the UK and Ireland have more than 1,200 stores, making it the biggest Domino's market in Europe.

The world's largest pizza chain has more than 18,300 stores in over 90 international markets globally, most of which are run as franchisees.

When it entered Italy seven years ago Domino's aimed to stand out from the country's traditional pizza makers with a comprehensive home delivery service and a distinctive menu including US-style toppings like pineapple.

However, it faced increasingly stiff competition during the pandemic as local restaurants signed up for food delivery platforms like Deliveroo and Just Eat.

News that Domino's was leaving the home of pizza was cheered by some social media users.

Another Twitter user, Alicia Smith, remarked that opening Domino's in Italy is like trying to sell snow in the North Pole.