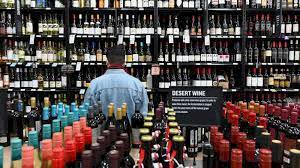 IT was in Salem district of Tamil Nadu in 1937 that the Congress government of C. Rajagopalachari imposed prohibition, a first in the country. It was extended across the state in 1948 immediately after Independence, reports IANS, quoted by online news sites.

This prohibition in Tamil Nadu continued with Kamaraj at the helm of affairs in the state.

The Madras Abkari Act was introduced in 1886 that placed strict regulations and banned the sale of local liquor. This British policy helped the sale of foreign liquor instead of ‘desi’ beverages.

The DMK government led by party ideologue M. Karunanidhi lifted the ban in 1971 citing revenue loss without a nationwide ban, and allowed the sale of arrack and toddy — the desi drinks’. However, Karunanidhi had to stop the sale of toddy and arrack in 1974.

The ban on arrack and toddy led to the manufacturing of spurious drinks and methanol, the industrial alcohol, was widely used leading to several deaths in the state in 1975-76. The sale of liquor and toddy was later reintroduced in the state by matinee idol turned chief minister, M. G. Ramachandran ( MGR) when he was catapulted to power as an AIADMK leader in 1981.

MGR even reduced the age for securing a liquor permit for foreign liquor consumption from 45 years to 30 years. In 1981 finance minister V.R. Nedunchezhiyan further reduced the age to 25.

In 1983, the state government under MGR, set up the Tamil Nadu State Marketing Corporation (Tasmac), and the sale of Indian Made Foreign Liquor (IMFL) and arrack were brought under it. Six years after the sale of arrack and toddy began, the MGR government banned local drinks on January 1, 1987.

Politicians of all hues while in power in Tamil Nadu justify the sale of liquor saying that the revenue generated through huge taxation on liquor is being used to support social welfare schemes that have led to a robust social index for the state.

Gandhian activist M. Idiyanarayanan told IANS: “It is a wrong theory that you sell liquor, make money by charging the tipplers heavily and use this money for welfare schemes.”

“Welfare is a state subject and the money for that must not be generated through liquor; instead, policymakers must look to other avenues for raising money. Liquor is evil and the government must refrain from generating funds through liquor sales, creating disharmony in the society.”