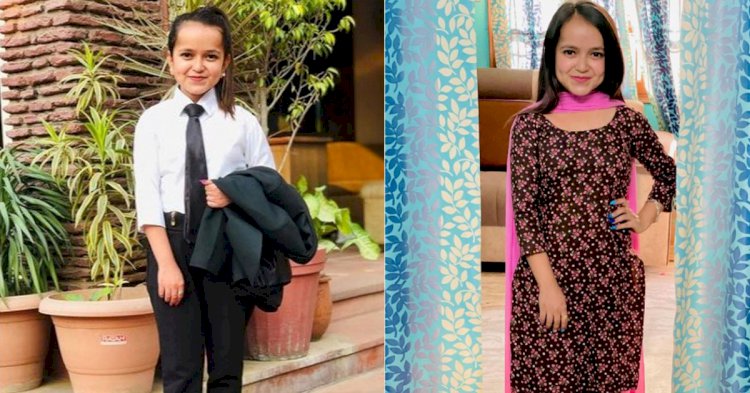 HEIGHT has been no bar for Harvinder Kaur Janagal to receive the licence and enrolment client certificate by the Bar Council of Punjab and Haryana.

The 25-year-old lawyer completed her LLB in 2020 and has been working in the Jalandhar sessions court since then. What makes her special is her natural height which is about 3’11”. She is deemed as the shortest lawyer in India. But we would like to call her the most positive lawyer, for we are all unique and beautiful, and so is she.

Life Beyond Numbers got in touch with the inspiring law practitioner.

Harvinder told us that she wanted to become an air hostess since childhood, but her dream was hindered by her body configuration. Her father Shamsher Singh is an ASI in the Phillaur traffic police and Mother Sukhdeep Kaur is a homemaker. Harvinder also has a brother.

Everyone in the family has normal height except her. So, her parents took her to many doctors who prescribed her medications, and other treatments but it bore no fruit. As a result, she had to give up her wish. This pushed her towards acute depression and she was on the verge of breaking down. But then magically she regained all her strength and willpower and decided to fix it all.

“There was a time when I used to be fed up of my life. I used to cry for why God made me like this. The vile things that people said really affected me. Then I started to watch motivational videos. It really helped me. It passed, and I started to gain confidence. Now I do not feel that way. I have started to believe that if God has created me then he has a purpose for me and I need to fulfil it,” Harvinder shared.

After completing her 12th standard, she decided to pursue law as she realized that she can do a lot for the nation through it. But everyone used to make fun of her, question and push her to give up. But she remained stern.

“I used to be taunted by people who said that law is not meant for me. How will I fight a case? How could I even stand before a judge? They used to laugh at me. But I used to say that I don’t think that my height is going to stop me from being a successful lawyer. Because this is a field in which physical appearance does not matter, what matters is knowledge and education,” Harvinder said.

She completed her education duly and on November 23, 2020, received the licence and enrolment client certificate by the Bar Council of Punjab and Haryana. Harvinder says that her colleague and the entire law fraternity have been very cordial to her.

“I haven’t faced any issue in my work as people know about me through my previous interviews. Also due to Corona, the work has been slow and our court appearances have been limited. Overall everyone is very cooperative,” she said.

But she does face irk while in court which she curtly dismisses and smiles at those who raise eyebrows.

“When I’m in the court, there are people over there like the criminals, witnesses, etc who look at me very weirdly and start whispering. They try to make me uncomfortable, but I ignore all that and focus on my work. I simply smile and get on my way,” said the brave girl.

Apart from being a lawyer, today she is an Instagram influencer who has thousands of followers. Her posts are filled with quirky outfits and videos in which she lip-syncs upbeat Punjabi songs that her fans love. She even endorses several brands!

In the future, Harvinder wants to fight for women and children as they are not safe and need help. She would also like to be part of the Judiciary. She is an inspiration and has learned a lot at a very early age with the challenges that she has faced.

“We have one life and should live it to its fullest. The more positive we are, the more positive things happen. If out of 100, 99 people don’t like me, and there’s only one person who is happy to see me, then I’m happy with that love. I would appeal all parents to support their children by all means. My parents did. They never stopped me from following my dreams. And those of you who are feeling low right now, you need to accept and love yourself. The moment you get over the shortcomings and face the challenges that are ahead of you, the more you can achieve,” she concluded. - Hindustan Times