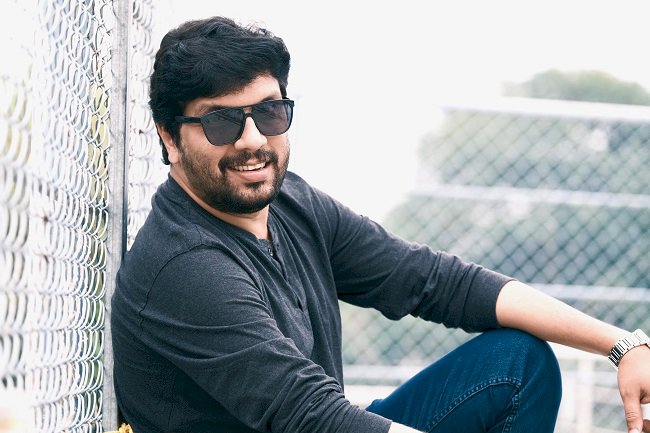 WHEN Abhilash Purushothaman went to Goa in 2019 to attend the international film festival there, he began to reimagine a script he'd had in mind. He had just watched the Tamil film Oththa Seruppu Size 7, in which Parthipan played the only character on screen.

Abhilash’s story was mostly about a woman character. Why not remove the two or three other side characters from the screen, he thought. Abhilash came back to his home in Thiruvananthapuram and began writing the script with only the woman’s character appearing on the screen, and the others turning into voices on the telephone.

In one-and-a-half years, he wrote the script, shot most of it, and now at last, it is in post-production stage. The film is yet to be titled. Abhilash did all of this while he worked in a bank.

“I have been a banking professional for more than 15 years now. But the passion for cinema has me running towards it every now and then, whenever time allows,” Abhilash says in an interview with TNM.

He has made three short films, and in one of those – The Better Half, a non-dialogue fiction – award-winning actor Priyanka Nair played the main character. “She and I are friends, and I used to discuss every development of my script for the single character with her. In the end, when it was time to shoot the film, Priyanka was the most natural choice – she knew the character inside out,” Abhilash says.

He can’t reveal much about the plot, except that it concerns a problem faced by women across the world and one that’s very relevant to the times we live in.

“I can say it doesn’t fall into the usual genres that single-character films do, which are survival stories, thriller or horror. This film is an emotional drama,” Abhilash says.

As it is, there are very few single-character films across the world – Abhilash reckons there are less than 30, after doing some serious research. In Malayalam, VK Prakash’s horror thriller Praana starring Nithya Menen came out three years ago. Abhilash believes his movie might just be the second Indian film with a single woman character.

It is, he says, a realistic experimental piece with commercial elements in it. It being a film centred on an issue that concerns women, he has spoken to a number of women he knew before writing the script. Some of the incidents are based on true stories, he says.

The film was shot whenever the Kerala government allowed relaxations for film shooting, amid the Covid-19 waves. Pratap P Nair is the cinematographer. Music is by Deepankumaran Kaithapram, the editing by Sobin K Soman.

The film – shot simultaneously in Tamil and Malayalam, to be released as a bilingual – is produced by Nufais Rahman of Nabeesha Movie Productions. - The News Minute

Four from Kerala held in Goa with drugs