Life MissionAranmula-based couple Haneefa and Jasmine donated their 28-cent ancestral land to Life Mission, after they saw the difficulty faced by their neighbours to bury a family member. TNM StaffIn a scenario slightly resembling the 2011... 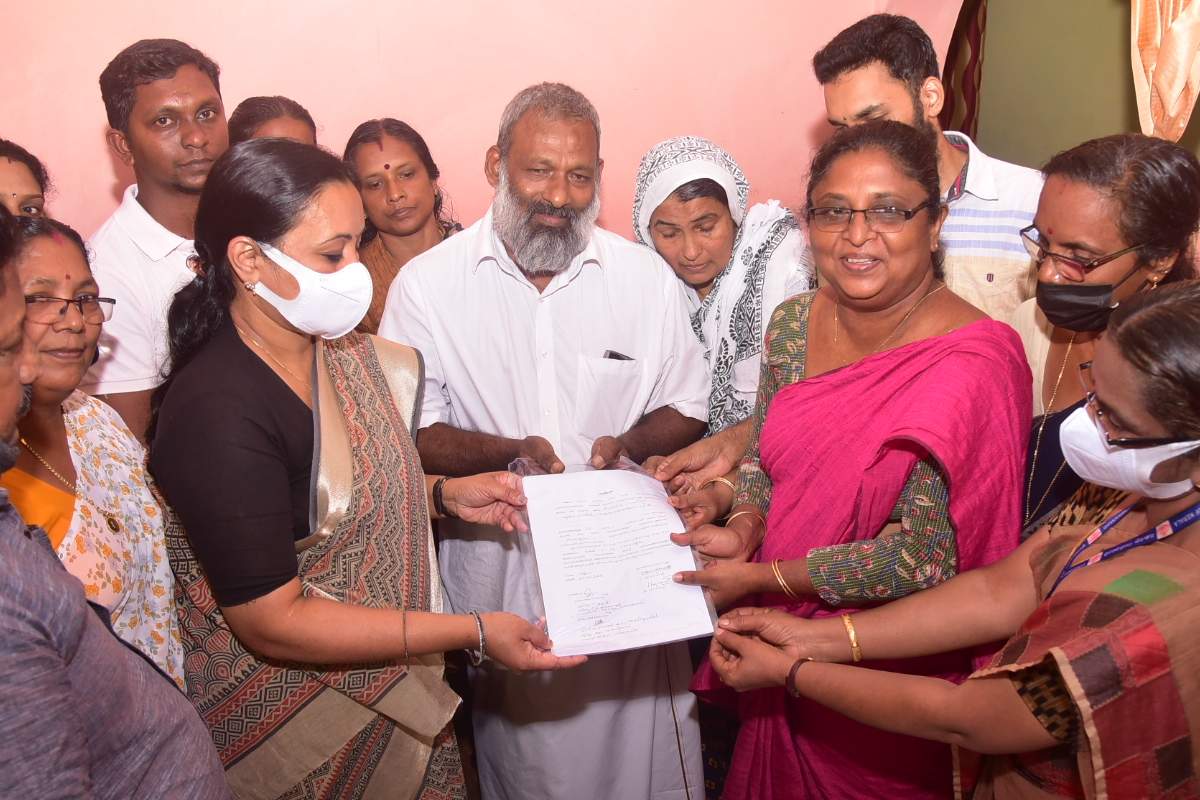 IN a scenario slightly resembling the 2011 Malayalam film Adaminte Makan Abu, where a couple strives so honestly to go to the Muslim pilgrimage Hajj, Aranmula residents Jasmine (48) and Haneefa (57) — married for over three decades — were also making arrangements for their long-cherished dream of going on the pilgrimage.
They were all set to sell their land to raise funds for the pilgrimage when they came across the plight of a family, their neighbours, who were living in a rented house and found it difficult to lay to rest the body of a family member who died recently.
That was when the couple had second thoughts about the pilgrimage. Instead of going on the Hajj, which is considered to be the fifth pillar of Islam, and is mandatory for every adult Muslim to embark on the journey, the couple decided to donate its 28-cent ancestral land to Life Mission, the Kerala government's flagship housing scheme for the landless.
"We were planning to sell our property and use the funds for Hajj pilgrimage. But, in the past couple of months, we saw some incidents in which certain families found it difficult to cremate their family members as they don't own property. Such incidents made us rethink our Hajj plans," Haneefa told PTI.
He said that a person passed away in his locality recently and a community leader donated his four cents of land to that family to conduct last rites and burial.
"After that incident, we decided to make use of the land to help those in need instead of going on the Hajj," Haneefa said.
Local Self-Government Minister MV Govindan hailed the decision of the couple and said it was “an inspiration to society”. Govindan said, “The couple is an inspiration to the forward journey of society which needs to embrace every human being. People like Haneefa and Jasmine have set an example of humanity and are role models for society."
Health Minister Veena George, on Sunday, May 29, visited the house of the couple and received the agreement to hand over the property for the Life Mission from the couple on behalf of the Aranmula Grama panchayat.
Read More