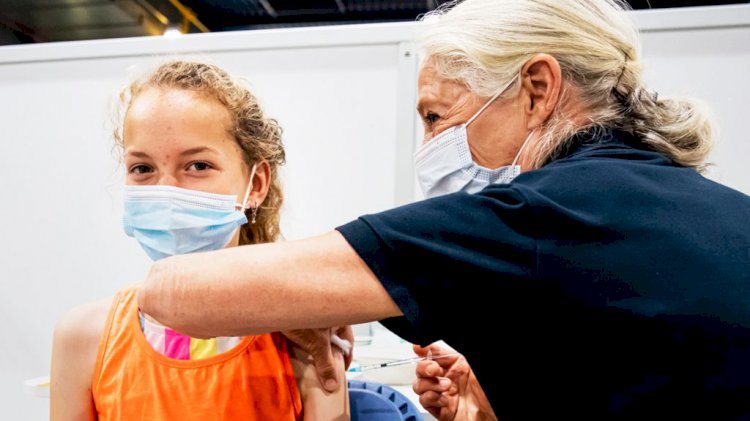 KERALA is prepared to start the Covid-19 vaccination for children when the country decides to go forward with the same, said state Health Minister Veena George.

Earlier, Priya Abraham, the director of Indian Council of Medical Research’s National Institute of Virology (Pune), had informed that children between the age of two and 18 may be able to get Covid-19 vaccines by September 2021.

George said that by September 30, all who are in the eligible group of 18 years and above will be vaccinated against Covid-19 in Kerala.

"We are prepared for the children's vaccination. When it is decided across the country, we will also start it," George said. She said that more than 50% of the Kerala population have taken the first dose vaccination and around 20% have taken the second dose. She was speaking at the inauguration of 'Vaccination Drive-Through' introduced in Thiruvananthapuram. With this initiative, vaccination will be done for people inside their vehicles to avoid rush and crowds.

As per the data, 51.97% of the total population has taken the first dose of the vaccine, which is 1,84,42,631 people. Further, 68,08,731 people have taken the second dose of vaccine in the state. The highest number of vaccinations were done in Ernakulam district followed by Thiruvananthapuram.

Meanwhile, after breaching the value of one in the first week of August, the R number, which reflects how rapidly the coronavirus pandemic is spreading, has been steadily ebbing in the country including Kerala and some north-eastern states, according to researchers. The R-value between August 14-16, calculated by the researchers, now stands at 0.89.

India's R has fallen to around 0.9, Sitbara Sinha of the Indian Institute of Mathematical Science, who is leading the research, told PTI, citing their data.

The R-value of Kerala, which has the highest number of active cases in the country, is now below one, signalling a relief to authorities who have been struggling to bring down the infection levels in the state.

Earlier this week, Union Health Minister Mansukh Mandaviya, visited Kerala with a central team to review the Covid-19 situation in the state. - The News Minute