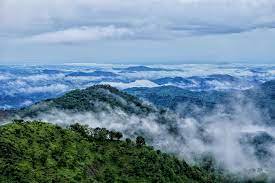 IN a move to bolster the beleaguered tourism sector, Kerala on Wednesday announced that people working in prime tourism spots will be completely vaccinated and only after that the spots will be opened for tourists, said State Tourism Minister P.A. Mohammed Riyas.

Riyas told the media that the first step in this direction will be taken in tourism spots of Wayanad -- Vythiri and Meppadi.

"In the second phase other tourism spots like Kochi, Alappuzha, Kovalam, Thekkadi and Varkala will be covered and once that's done, those spots also will be opened up," said Riyas.

State Health Minister Veena George, who was also present at the press meet, said she expects to complete the full vaccination at the two spots in Wayanad district in a week's time.

Wayanad gets a good number of tourists from neighbouring states of Karnataka and Tamil Nadu, besides Kerala.

The Kerala Tourism industry, which brought in more than Rs 45,000 crore and contributed around 12 per cent to the state GDP in 2019, is reeling under heavy losses due to the Covid pandemic. The industry is demanding that the state government come out with schemes which will reinvigorate the tourism sector. - daijiworld

Kerala documentary and short film festival to be held in September