Kerala’s politics has long been inseparable from its misogyny

Gender RightsThe blatant sexism in Kerala’s political domain continues to show itself to the world in a number of ways, whether it be through the statistics of gender representation or the statements made by mainstream political leaders.Haritha... 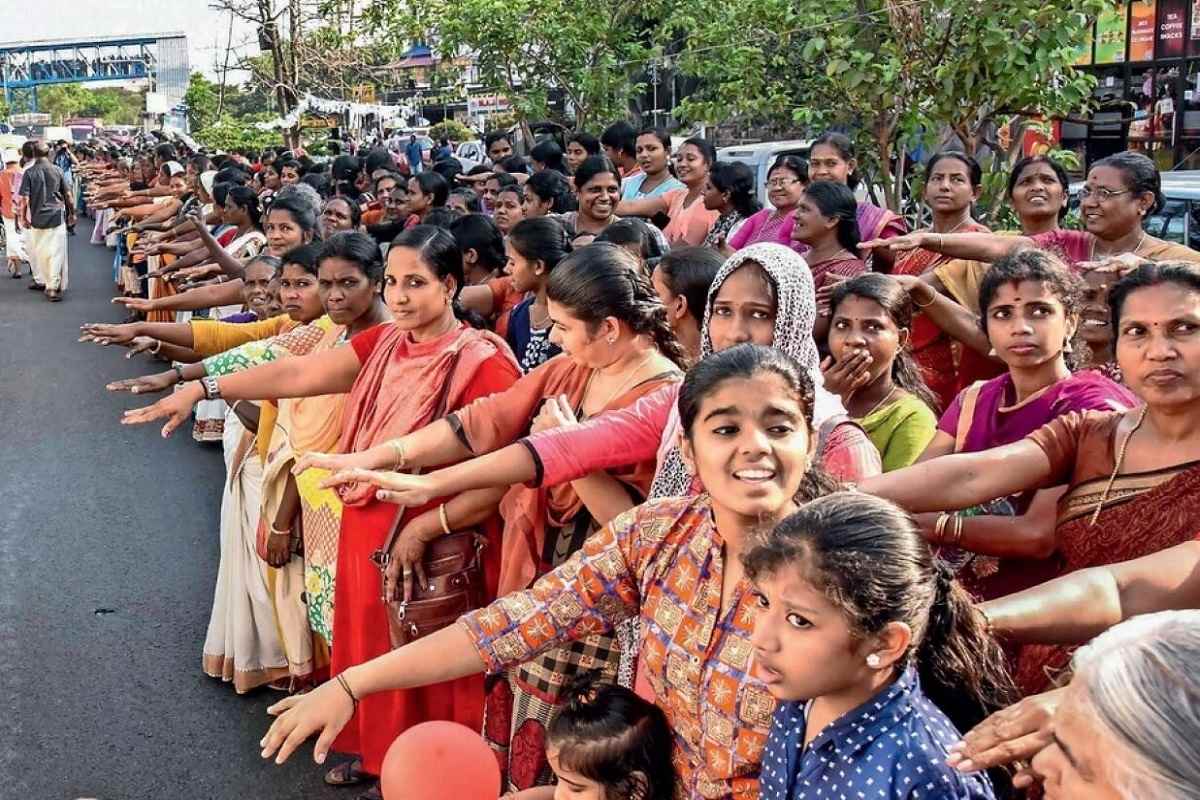 IN 1987, ahead of the elections to the eighth Kerala Legislative Assembly, political rallies across the state had reverberated with one slogan: “Keram thingum Kerala naadu, KR Gouri bharikkatte” (Let KR Gouri govern Kerala, the land of coconut trees).
It was a watershed moment. Kerala was ready to welcome KR Gouri Amma, then three-time minister who had piloted the Communist government’s revolutionary Land Reforms Bill, as its first woman Chief Minister.
But alas, the dream was not to be. Not only was Gouri Amma denied the role of the CM (she was made the Minister for Industries and Social Welfare instead), but she even went on to be ousted from the CPI(M) a few years later, in 1994.
Up until her death in May last year, she did not receive a clear explanation as to why she was expelled from the party. Was it because of mere political differences, or was it her gender and caste?
Thirty-five years later, when a government was reelected in Kerala in the 2021 assembly elections for the first time in its history, the state once again rose in expectations of its first woman Chief Minister. This time, public support was with KK Shailaja — popularly known as Shailaja Teacher — who had emerged as a prominent political face and even gained international fame for her deft handling of the Nipah virus outbreak (2018) and Covid-19, during her tenure as the Health Minister in the first Pinarayi Vijayan ministry.
“After the first term, when the LDF received a second (consecutive) chance, the scenario was perfect for Shailaja to step in and take charge as the CM. She had excelled in her work and won with the highest majority in the state. Yet, she was avoided when the ministry was formed. This alone shows how patriarchal the political parties in Kerala are,” points out social critic Hameed Chennamangaloor.
In fact, to expect any mainstream political party in Kerala to acknowledge or address the gender disparity within the state’s political sphere is like trying to squeeze water from a stone.
Case in point is the almost complete silence from the side of mainstream male politicians, across parties and ideologies, on Samastha Kerala Jem-iyyathul Ulama leader MT Abdulla Musaliyar’s snub of a Class 10 student, who was invited to the stage to collect her merit certificate.
Samastha even went on to justify its decision to keep away mature women from the stage during public functions, calling it their “100-year-old tradition”.
While two woman leaders — Health Minister Veena George and Higher Education Minister R Bindu — condemned the incident without mincing words, among men, strong critical words had notably come from LDF MLA Mathew T Thomas and Governor Arif Mohammed Khan.
A majority including the Chief Minister, however, played it safe.
Besides all this, it is also to be noted that the representation afforded to women in the Kerala Legislative Assembly of Kerala — a state that has consistently boasted of a favourable sex ratio — has been abysmal throughout history.
Read More

Media One ban: Intelligence inputs are ‘sensitive’ and ‘secret’, Union govt to SC