Kerala's popular martial art kalaripayattu is a rage in Kashmir 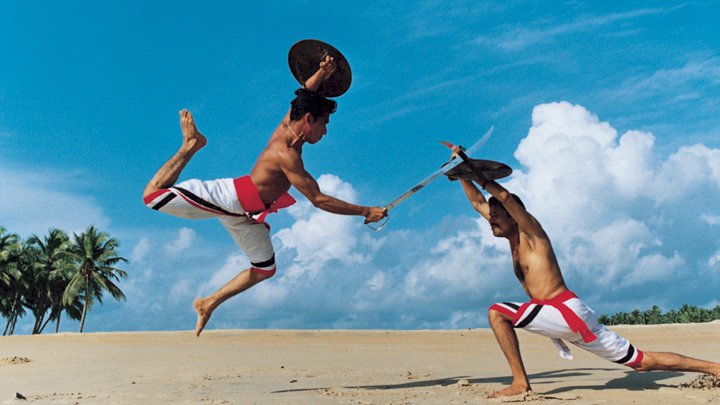 KERALA'S popular martial art form kalarippayattu has travelled all the way from the southernmost tip of India to the very top in the North to capture the hearts of Jammu and Kashmir, IANS, quoted by news portals, reports.

The tiny state has steadfastly been training 1,000 young girls and boys in 13 districts and their very best has arrived for the Khelo India Youth Games in Panchkula, Haryana, aiming to grab at least a couple of medals.

They don't have the advantage of traditional kalari centres, though, which need to be constructed according to specifications of size and direction.

So, in the absence of proper gurukulams, the enthusiastic kids practise kalari in parks, schools and open spaces.

"It is not very difficult to attract kids to our sport," Tasreen Sharma, who is looking after the J&K Kalari team, said.

"We simply tell them the truth that kalari has given birth to all the martial arts that they watch in movies. Right from karate to kung-fu to taekwondo. And that is enough to motivate them," Tasreen said.

"Our girls feel empowered when they play kalari. It's also liberating for the young who have not got many opportunities in the past," she said.

Another reason for its growing popularity is the recognition given by the Central Government to the sport. They know if they win a medal, they will get a scholarship as well as a job.

Kalaripayattu, of course, originated in the Land of Gods - Kerala - about 3,000 years ago. If myths are to be believed, it was created by Lord Parashurama, for 108 Kalaris, who were to destroy the demons who were causing havoc on earth.

The oldest martial art survived through the long march of history by remaining inextricable from the social and cultural fabric of Kerala. It is also the only martial art in the world that incorporates an entire system of medicine called kalari marma - to heal and cure the injured and wounded.

Different variants of the art evolved across Kerala from the 12th to the 17th Century. It played a pivotal role in the evolution of Kerala, with no religious, social or political event ever being complete without a kalari display.

All boys were even sent for customary training to gain physical, mental and spiritual synergy. It is said the kings in Kerala didn't keep armies; whenever required, the kalari centres provided the warriors.

During the Colonial rule, kalari was banned. Undeterred, the old masters took their art to the deep valleys and trained their young disciples in underground pits - away from the eyes of the British.

The suppression of this art made it more vigorous; post-Independence, kalari returned to the centre-stage of the cultural life of Kerala. In 1958, the Kerala Government recognised it as a sporting event.

In 2015, the Indian Kalaripayattu Federation was recognised by the Ministry of Youth Affairs and Sports as a National Sports Federation. Since then, the Federation has been conducting National Championships.

7 girls drown in river in Cuddalore