WildlifeThe injured masked booby could have straggled towards the Kerala coast due to the inclement weather and winds caused by the south-west monsoon.Maria Teresa RajuManoj KaringamadathiA sub-adult masked booby, a large seabird of the Sulidae... 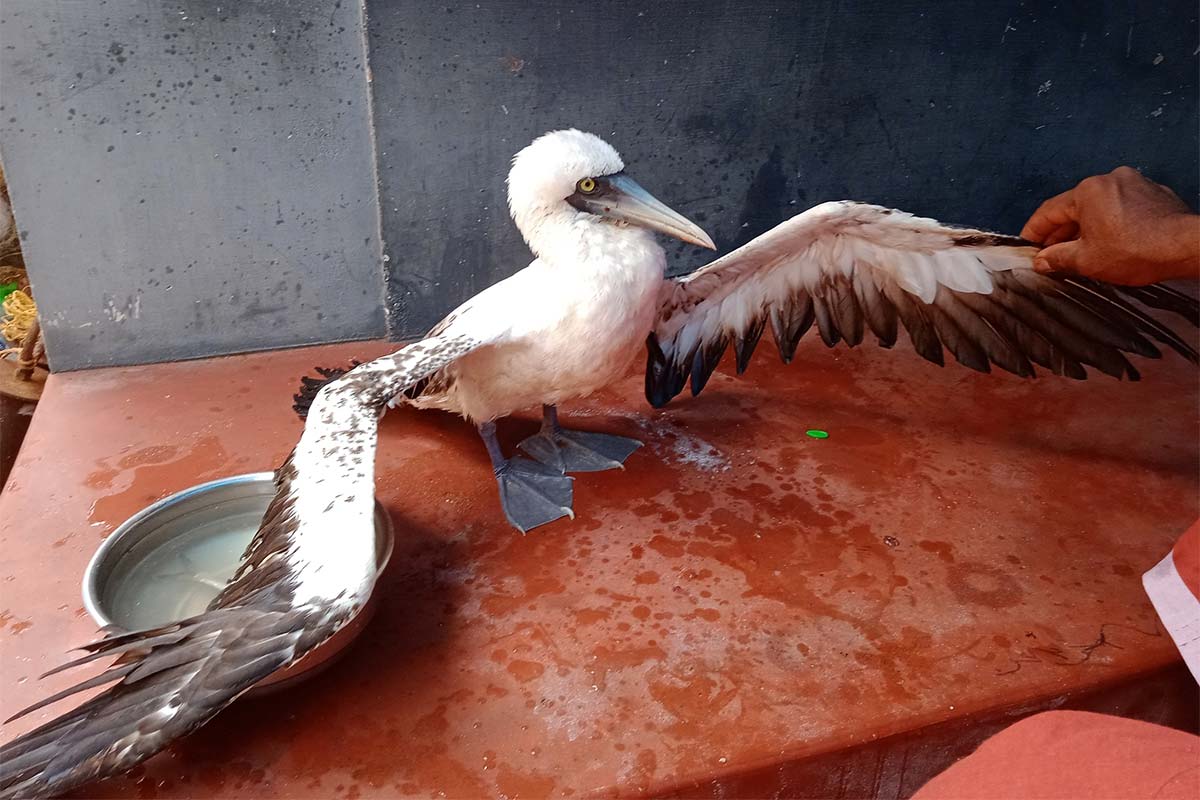 A SUB-adult masked booby, a large seabird of the Sulidae family, was released into the deep sea off the Kochi coast by a team led by Assistant Conservator of Forests Jayamadhavan A on July 25. The bird was found by fishermen near the Kuzhupilly beach area on July 4.
While masked boobies fall under the ‘least concern’ category of the IUCN (International Union for Conservation of Nature), the bird was a rare sight as they seldom come to the Kerala coast. The bird was found with a slight injury to its wings and was handed over to a local animal and bird enthusiast named Abdul Shukkoor.
The masked booby recovered under Shukkoor’s care, even supposedly responding to being called “booby”. “It is not usual for large seabirds like this to be tame. But this masked booby was exceptionally tame, and never once left our compound even when let out of the cage,” Shukkoor said.
As the bird is a heavy feeder, taking care of it was a demanding task. Shukkoor later alerted officials of the Forest Department after which release measures were undertaken.
Manoj Karingamadathil, a bird watcher involved in the coordination of the bird’s release, said that the bird must have straggled towards the coast due to the inclement weather and winds caused by the south-west monsoon.
“One or two sightings are reported along the Kerala coast annually. Around the same time this year, another masked booby was rescued in Thrikkarippoor of Kasaragod district too,” Manoj informed.
Read More