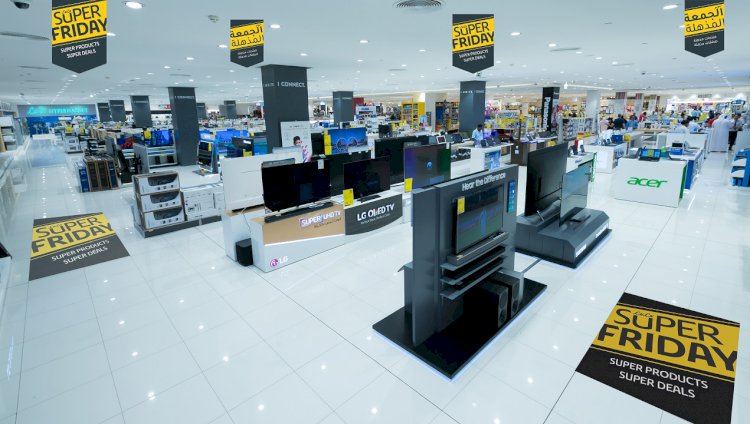 THE UAE-based LuLu Group will open 17 more hypermarkets next year as well as invest Dh1 billion to further develop its e-commerce and logistics facilities to be among the top three e-commerce players in the Gulf region, its chairman said on Tuesday.

In an interview with Khaleej Times, Yusuffali MA said the retail major postponed certain store launches due to the Covid-19 pandemic, but didn’t scrap any projects.

“LuLu Group will be investing Dh1 billion in the next three years on its e-commerce and logistics capabilities to further consolidate its position as a top omnichannel retailer in the Middle East. In the last three years, we have moved from being a brick-and-mortar retailer to a strong online player,” he said.

“We aim to be among the top three e-commerce platforms in the UAE and Gulf and we are seriously focusing on that.”

The retail major has a presence across 10 countries with 217 hypermarkets.

“We will focus on growing both online and offline businesses as we strongly believe that there is ample scope for both formats. Though we had to postpone certain store launch dates due to the pandemic, none of our projects has been scrapped. In fact, even during these challenging times, we have inaugurated 21 hypermarkets in UAE and elsewhere. Going forward, we have 17 hypermarkets scheduled to open by the end of 2022,” said Yusuffali.

Apart from the Middle East, LuLu group has already launched online shopping in India and Malaysia and will further boost its presence in these markets, Khaleej Times said.

“Currently, online sales form around five per cent of LuLu’s overall sales, but our goal is to push that to 15-20 per cent by end 2024,” he said, adding that the primary chunk of investment will be towards setting up exclusive ‘fulfilment centres’ and ramping up last-mile delivery vehicles.

“As we are dealing with fresh & chilled food products, we are delivering through our customised fleet of vehicles rather than depending on the third party.”

V. Nandakumar, global marketing director of Lulu Group, said a new app has been launched by the retailer with fresh features and a bigger product range.

While commenting on the “Super Friday” sale launch, he said: “This campaign is geared towards offering amazing value for money and at the same time acquiring new customers. In the first few hours itself of launching Super Friday promotions and marketing initiatives both on traditional and digital platforms, we are seeing robust response both in-store and online businesses.”