Malabar Rebellion leaders to be removed from dictionary of martyrs: Report 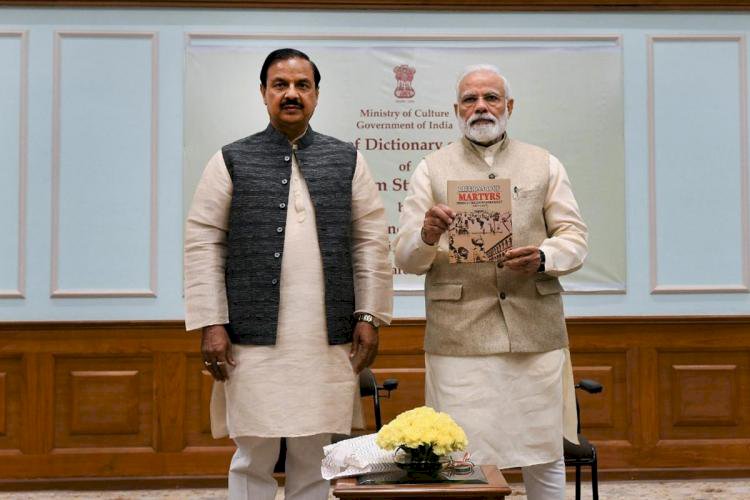 VARIYAMKUNNATH Kunjahammed Haji and Ali Musailiar, popular leaders of the Malabar Rebellion, along with 387 other leaders of the pre-independence agitation, are set to be removed from the ‘Dictionary of Martyrs of India’s Freedom Struggle’, jointly published by the Ministry of Culture, Government of India, and Indian Council of Historical Research (ICHR).

The decision came after review of a three-member panel, which reportedly stated that the Malabar Rebellion was not an independence struggle but focused on ‘religious conversion’, reports KS Sudhi of The Hindu.

The Malabar Rebellion, also known as Moplah Rebellion or Mappila Rebellion, which took place in 1921 has been acknowledged as a freedom struggle against the British by the Kerala government, while a section, including right wing parties, considers the agitation communal in nature.

Last year, the state witnessed a heated debate over the 1921 agitation after Malayalam filmmaker Aashiq Abu and actor Prithviraj said that they were coming up with a new film on Variyamkunnath Kunjahammed Haji.

In the heated debates, the right wing in Kerala had termed the Malabar Rebellion as a ‘massacre’ where Hindus were killed by Muslims. They argued that Variyamkunnath, the prime leader of the revolt, should not be portrayed as a hero in the movie. However, it later surfaced that the leaders of the Malabar Rebellion, including Variyamkunnath, had been named in the Dictionary of Martyrs of India’s Freedom Struggle, released by Prime Minister Narendra Modi in March 2019.

According to the report in The Hindu, the names which were included as entries in the fifth volume of the Dictionary of Martyrs of India’s Freedom Struggle were reviewed by the three-member committee, which recommended the removal of the names.

Om Jee Upadhyay, Director (Research and Administration), ICHR, reportedly said that the dictionary will be released by October after enacting the recommendations of the panel. The version of the dictionary released in March 2019, had described Variyamkunnath as someone who was known for his anti-British demeanour, TNM had reported earlier.

"A close associate and relative of Ali Musaliar, an important rebel Mappila leader, he and his father were exiled to Mecca for a short period for anti-government activities. Thereafter they came back, but continued with their anti-British demeanour. He became a significant Khilafat leader in Majeri and Nilambur, and led an attack on the British army at Kallamala, as well as on the Gudalur Police Training Camp. He also proclaimed himself a ruler in the area, paralysing the British administration there for a short period. But Haji was captured from Kallamoola in January 1922, and after a summary trial at Martial Law Court, shot dead on January 20, 1922," the Dictionary said.