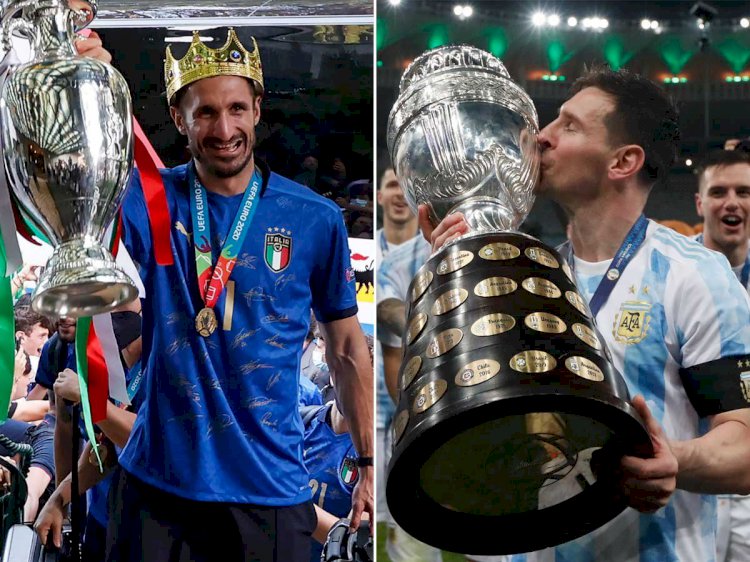 But, how about a Super Cup battle between Argentina and Italy?

As per Barca Blaugranes, CONMEBOL, South America's footballing body, has requested its European counterpart, UEFA, to hold a one-off Super Cup match between the winners of this year's Copa America and European Championship. While UEFA hasn't yet commented on the matter, such a match-up wouldn't be a first in the history of international football.

The winners of the two confederations have squared off against each other in the past. In 2017, Germany had featured in the Confederations Cup final where they had beaten Chile 1-0. Though the talks are still at the initial stage, if the proposal is accepted, Argentina could face Italy in 2022 before the FIFA World Cup in Qatar.

Back in 1985 and 1993, such battles were witnessed between France-Uruguay and Argentina-Denmark, respectively. While France had come out victorious in their match-up, it was Argentina that had defeated Denmark in their showdown.

Both the Copa America 2021 and Euro 2020 campaigns were special. While it was the first time ever that Messi had won an international trophy wearing the Argentina shirt, Italy had even failed to qualify in the 2018 FIFA World Cup.

Messi ended the Copa America campaign as the player with the most number of goals and assists. He was deservedly named the Player of the Tournament, having played the most influential role in the team's triumph.

Italy, on the other hand, put in a great shift, especially defensively. While the centre-back pairing of Giorgio Chiellini and Leonardo Bonucci wasn't dribbled past even once in the whole tournament, goalkeeper Gianluigi Donnarumma was named the Player of the Tournament. It was the first time in the history of the European Championships that a goalkeeper was named the best player.

How amazing would it be if these two teams got to face each other? - Times Now