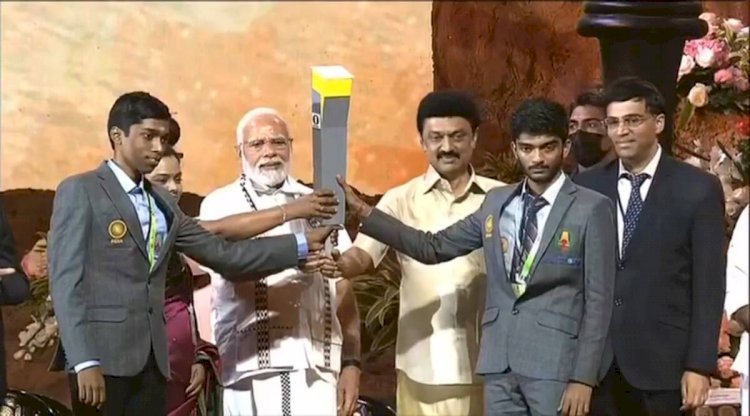 A GALA opening ceremony of the 44th FIDE Chess Olympiad took place at the Nehru Indoor Stadium in Chennai on July 28, 2022. The international chess event was inaugurated by Prime Minister Narendra Modi, in the presence of Tamil Nadu Chief Minister M.K. Stalin, reports The Hindu.

The Olympiad is being held in India for the first time ever, after being moved out of Moscow following the Russia-Ukraine crisis.

Prime Minister Narendra Modi who declared open the 44th FIDE Chess Olympiad said that in a short period of time, the organisers had made outstanding arrangements.

Modi said this is the first time the Chess Olympiad is being held in the place of origin of chess, India. It is coming to Asia for the first time in 3 decades. He added: “Tamil Nadu has a strong historical connection with chess. This is why it is a chess powerhouse of India.”