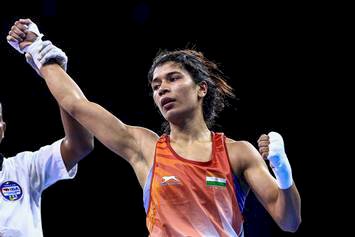 In a dominating show, Nikhat won all her matches of the tournament in Istanbul unanimously. This is her second win over Jitpong as Nikhat had gotten the better of her at the 2019 Thailand Open, a result which was then considered an upset.

Nikhat had won the Nationals last year, and with this win tonight, the 25-year-old boxer continued her red-hot form in 2022. In February, Nikhat had become the first Indian woman boxer to win two gold medals at the Strandja Memorial.

Modi to attend Quad Summit in Tokyo on May 24