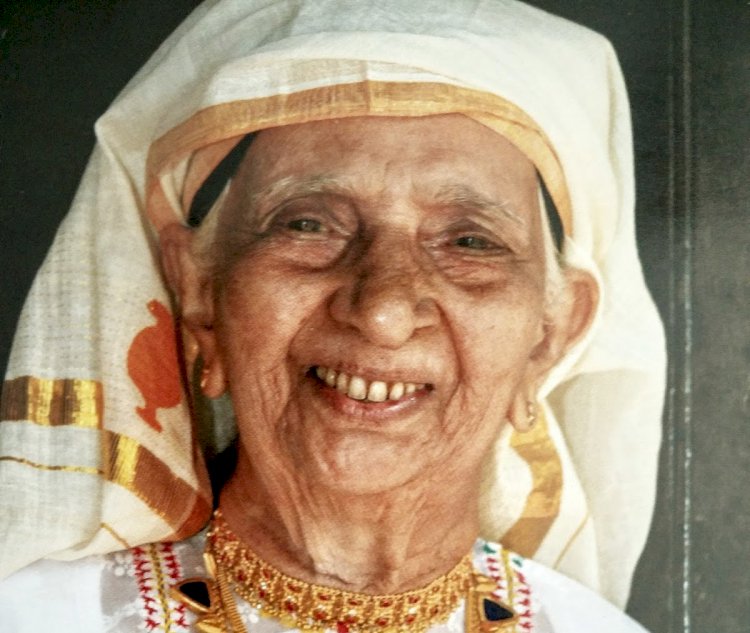 MARIYUMMA Mayanali of Maliyekkal house in Thalassery, who was perhaps the oldest Muslim woman in the Malabar region to have received an English education, passed away at the age of 98 on Friday evening, The Hindu reports.

Born in 1927, she was the daughter of the late Vazhail O.V. Abdullah and Mayunma. Mr. Abdulla, who realised the importance of education, secured admission for Mariyumma at Sacred Hearts Medium Convent in 1930. In her pursuit of education, she is known to have braved criticism and lack of support from several quarters at that time.

Her father, who could not tolerate the harassment from the conservatives, arranged facilities for prayer and food in the school itself for his daughter. This encouraged her to continue her education, The Hindu said.

After she completed her fifth form (today’s SSLC), she got married to V.R. Mayanali who also encouraged her to continue her studies.

Recalling his interaction with Mariyumma, CPI(M) leader P. Jayarajan said despite myriad struggles, she persevered in her education. “She was of the view that there should be no discrimination between male and female and she stood for equality and rights of all,” said Mr. Jayarajan.

Chief Minister Pinarayi Vijayan condoled the demise of Mariyumma. In his message, Mr. Vijayan said the State has lost someone who had left her footprints along with the history of Thalassery. “Ignoring the strictures of the conservatives, she received English education and was a guide for others. She worked for the upliftment of women and their educational rights,” he said.

The Chief Minister said Mariyumma, who always had a progressive mind, became a symbol of religious brotherhood. Her passing will bring grief to a nation and many generations.