Remembering the India-Sri Lanka accord and how it was derailed

It has been thirty-five long years since an experiment failed to herald peace to Sri Lanka. One wonders what the island nation could have achieved if the key players had not scuttled the India-Sri Lanka agreement of July 29, 1987.  When the... 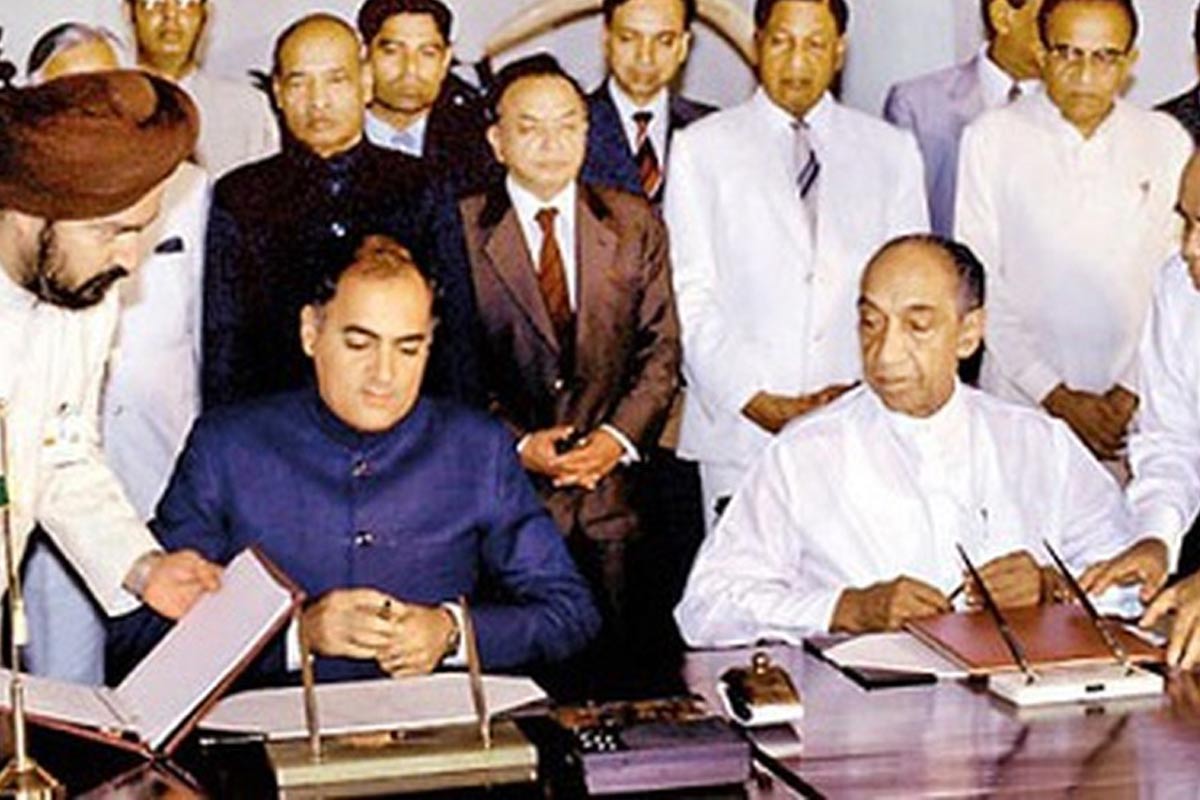 IT has been 35 years since an experiment failed to herald peace in Sri Lanka. One wonders what the island nation could have achieved if the key players had not scuttled the India-Sri Lanka agreement of July 29, 1987.

When the pact was signed by Indian Prime Minister Rajiv Gandhi and Sri Lankan President Junius Jayewardene, two Indian ministers shared with Gandhi their insight of the situation.

External Affairs Minister PV Narasimha Rao wanted the agreement to be signed by the Tamil and Sinhalese, not by India. Minister of State K Natwar Singh wanted LTTE chief Velupillai Prabhakaran held back in India till his group surrendered the bulk of its arsenal.

Both arguments were overruled, for different reasons. Gandhi and Jayewardene had decided to shake hands (with a reluctant Tamil Nadu Chief Minister MG Ramachandran on board). But in Sri Lanka, both Tamil extremists and Sinhalese hardliners (who seemed to then comprise virtually the entire Sinhalese society) wanted the accord to fail.

For Sri Lanka in general and its elite in particular, the Indian intervention was a blow. After having armed and trained Tamil militants, India had now thrust a fait accompli, because the military was about to overrun whatever area in Jaffna remained with the LTTE.

When Prabhakaran and LTTE ideologue Anton Balasingham returned to Hotel Ashok after meeting Gandhi on the night of July 28-29, hours before the Prime Minister flew into Colombo, Balasingham explicitly told me (I then worked for AFP) that the LTTE had decided to accept the accord.

Events later proved that what the LTTE told Gandhi and the media were both far from the truth. Once back in Jaffna, Prabhakaran confided to a journalist from Chennai that he would “play games” with the accord, but his moves would be so subtle that no one would realise what he was up to.

He lived up to that promise. Even as mass protests by the Sinhalese gripped Sri Lanka against the agreement and the Indian military deployment, a string of events took place in the northeast that eventually pitted the Indian armed forces against the LTTE.

By the time war ended and the last Indian troops sailed home in March 1990, India had lost nearly 1,200 soldiers in a senseless war that brought no benefits to Tamil society at large.

The rest, as they say, is history. Prabhakaran avenged India's military war by assassinating Rajiv Gandhi. Unfortunately for him, his hand was uncovered, making him a pariah in both Tamil Nadu and India, leading, in the long run, to his increasing isolation and finally, to his death at the hands of the Sri Lankan state in May 2009.

What would have been the scenario in Sri Lanka if the hardliners had not tripped the 1987 agreement or failed? There would have been limited autonomy in Tamil areas, which would have been a certain improvement on the state of affairs, but an independent Tamil state would have been jettisoned. This was unacceptable to the LTTE, which had mastered the art of selling even a mirage as real.

Centre firm on not extending deadline for ITR filing