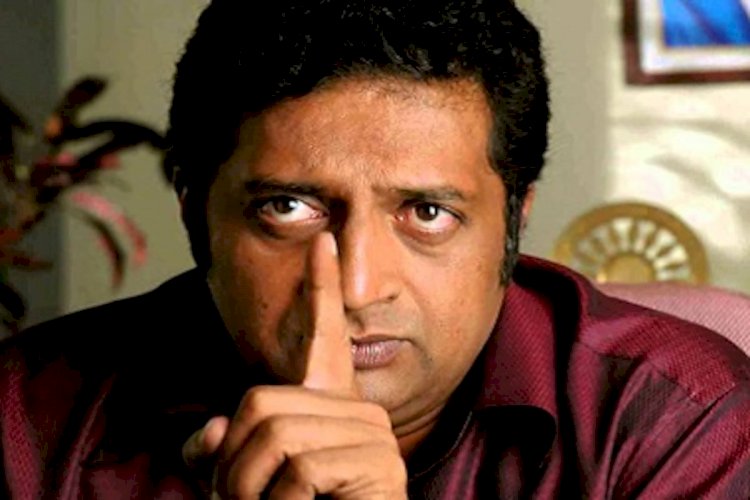 ALL the hard work and campaign activities done by Prakash Raj for the Movie Artists Association elections for the president went in vain with Manchu Vishnu marching on to an easy win in the elections that were held on Sunday.

After suffering a big defeat in the elections, Prakash Raj had extended his wishes to his opponent Manchu Vishnu. Prakash Raj had also announced that he would cancel his MAA  membership.

Prakash Raj, who is said to be upset with the election result is now gearing up to come up with an association. It has been widely reported that Prakash Raj plans to set up a new association that is expected to be a competitor for the MAA association.

It is also said that a few others in his panel will resign from MAA membership and with their support Prakash Raj might float his own association as a competitor to MAA.

"Hi my dear MAA members who stood by us .. There is a deeper meaning behind my resignation to MAA. We as a team know we are responsible for the love n support you all have extended to us. We will NEVER let you all down ..will explain very soon. you will be proud of us," Prakash Raj tweeted on Monday.

After Prakash Raj announced that he will be resigning from MAA association, Manchu Vishnu had reportedly texted the actor requesting him to not resign from the association and to reconsider his decision. There is no information on what Prakash Raj will do now.

The MAA elections witnessed a good vote percentage with actors like Yesteryear Superstar Jaya Prada and Genelia Deshmukh landed in Hyderabad to cast their votes in the poll. After the results were out, Manchu Vishnu has been receiving appreciations and congratulatory messages for his win.