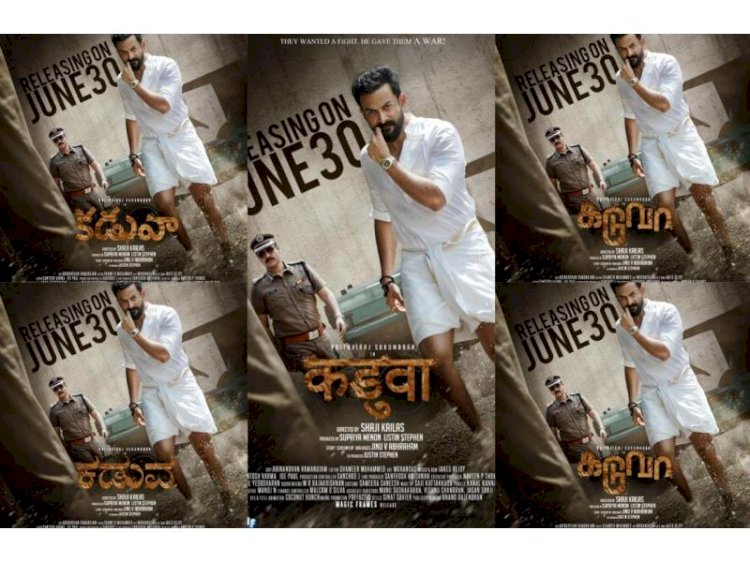 THE release date for Malayalam actor Prithviraj Sukumaran's upcoming film, 'Kaduva,' has been confirmed by the film's producers.

Earlier on Monday, 'Kaduva' producers took to their social media to make an announcement of the release date, along with an interesting poster, online news sites quoting IANS report.

As announced by them, 'Kaduva' will be released worldwide in theatres on June 30.

Being a pan-India movie, 'Kaduva' will be released in Malayalam, Telugu, Tamil, Kannada, and Hindi simultaneously.

Touted to be a high-octane action entertainer, the movie stars 'Bheemla Nayak' fame Samyukta Menon as the female lead opposite Prithviraj Sukumaran.

Bollywood actor Vivek Oberoi will be seen in an interesting role in 'Kaduva' as well.

'Kaduva' is directed by Shaji Kailas, while it is produced by Listin Stephen and Supriya Menon under the banners Magic Frames & Prithviraj Productions. Music by Jakes Bejoy.