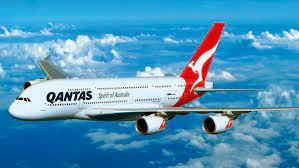 QANTAS, the flag carrier of Australia, has announced that it will launch a brand-new international route from Melbourne to Delhi from 22 December 2021, connecting Victoria to the Indian capital on a Qantas-operated flight for the first time in the airline’s history.

The new Melbourne-Delhi flight will operate four times a week, year-round. Same-day connections will also be available from Brisbane, Sydney and Canberra.

Flights from Melbourne to Delhi will initially operate via Adelaide, while flights from Delhi to Melbourne will operate nonstop.

This follows the recent announcement of flights from Sydney to Delhi, which start next month. When this route went on sale, Qantas saw the fastest booking surge for flights leaving Australia since the airline announced its international restart plans in August.

Qantas will also relaunch flights from Melbourne-London on 27 November 2021 and Melbourne-Los Angeles on 19 December 2021.

While the international travel experience will largely be the same as pre-Covid, some things will look and feel a little different, particularly in the short term.

No instance of Rohingyas being associated with IS, ISI: SC told