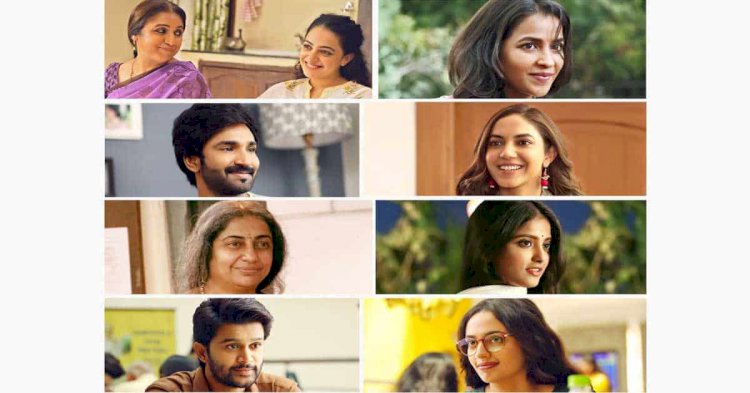 REVATHY, Nithya Menen and director Nagesh Kukunoor are some names that will be seen as part of the upcoming anthology 'Modern Love Hyderabad'.

The anthology includes 'My Unlikely Pandemic Dream Partner' directed by Nagesh Kukunoor and it features Revathy and Nithya Menen.

Then there is 'Why Did She Leave Me There?' again by Kukunoor starring Suhasini Maniratnam and Naresh Agastya.

Devika Bahudhanam's directorial 'About That Rustle In The Bushes' has Ulka Gupta and Naresh.

Aparna Purohit, head of India Originals, Amazon Prime Video, said, "'Modern Love Hyderabad' explores the joys, complications, tribulations and the healing power of love. Working with ElaheHiptoola and Nagesh Kukunoor to tell these emotionally charged but rooted stories has been an incredible creative journey of ideation and collaboration. Set in the city of Hyderabad, these stories explore the culture, history and the confluence of culture through its by lanes like never before. We are certain that these stories will make you smile, laugh, pine, cry and restore your faith in the power of love."

Kukunoor added that unlike the New York and Mumbai editions, which are megapolises, the charm of 'Modern Love Hyderabad' lies in the fact that it is a city which has witnessed rapid modernisation in the last decade or so, while keeping in touch with its multi-cultural roots.

"This made for an excellent study in how the true cultural essence and social fabric of the city could feature in these stories of modern love," said the showrunner and one of the directors.

Produced under the banner of SIC Productions, the new Telugu Amazon Original Series will be available to stream on Prime Video starting 8 July.

A SIC Productions, the new Telugu Amazon Original series is produced by well-acclaimed creator Elahe Hiptoola with Kukunoor as the showrunner.

"Audiences are in for an entertainment treat as the anthology features some of the finest actors from the region who are masters of their craft and directed by filmmakers of repute. We have on board some brilliant musicians who have created original tracks for the episodes elevating the uniquely Hyderabadi flavour of all our stories," added Hiptoola.