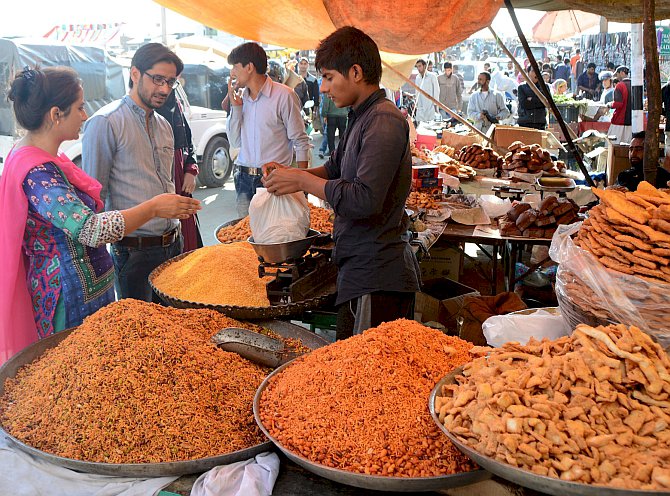 PRIME Minister Narendra Modi had once said that selling ‘pakodas’ can also be a form of employment. Similarly, West Bengal Chief Minister Mamata Banerjee had said many times how a roadside seller of ‘chop’ (fritters) changed his fortunes through this humble business.

While it is not clear which of the two is more lucrative from the business point of view, but roadside snacks trade, which surely helps many people earn their livelihood throughout the country, has become a subject of research for a post-graduate student of geography in one of the state-run universities in West Bengal.

Kana Sarkar, a final year post-graduate student at the Raiganj University in North Bengal, had submitted a proposal christened ‘Rural chop industry and its impact on family wellbeing’ to the university authorities, which has now accepted.

She said that her guide for the research, Tapas Pal, an assistant professor in the university, has helped select this topic as her research paper.

The geographical location to be covered in the study includes three village panchayats in Malda district — Gazole-I, Gazole-II and Karkach.

The research proposal also states that it is inspired by Mamata Banerjee.

Explaining the logic behind selecting the research topic, Pal said that reports have proved that around 83 per cent of the country’s labour class hails from the unorganised sector, where an important component is the roadside fried snacks industry.

According to the National Association of Street Vendors of India (NASVI), 5-6 million people live off the street food business across the country. Most of them are migrants and work at least 10-12 hours a day. It’s a huge undocumented economic activity.

“These small and unorganised units make an immense contribution to the economic development of the country. A sample survey in certain pockets of West Bengal has shown that 74 per cent of these roadside snacks business are run by women.

“However, the same sample survey also showed that an average annual income of a man from this trade is much higher than that of a woman. So I thought that this could be an important subject of research. Many people might ridicule my student for choosing such a subject, but they cannot ignore the contribution of this sector to women’s empowerment,” Pal said.

However, he added that the research is not part of a PhD or MPhil.

“This is part of the MA geography course for the fourth semester. The subject geography is included both in arts as well as science stream,” Pal added.