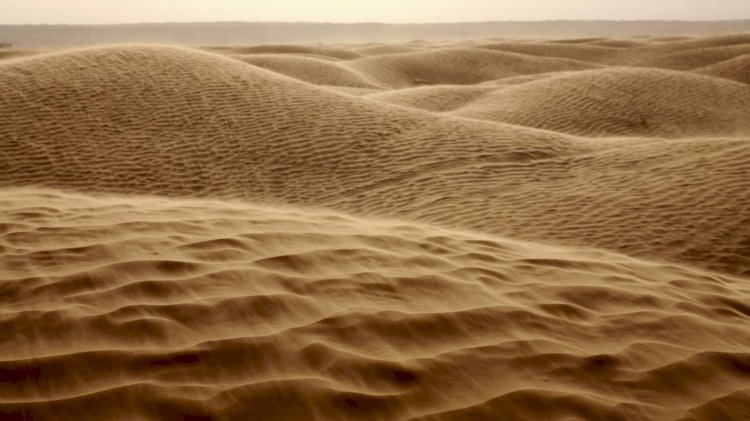 FIFTY billion tonnes: enough to build a wall 27 metres wide and 27 metres high around planet earth. This is the volume of sand and gravel used each year, making it the second most used resource worldwide after water.

Given by dependency on it, sand must be recognised as a strategic resource and its extraction and use needs to be rethought, a new report by the United Nations Environment Programme (UNEP) said on Tuesday.

The report, Sand and Sustainability: 10 strategic recommendations to avert a crisis, released by UNEP’s GRID-Geneva team, provides the necessary guidance gathered from world experts to switch to improved practices for the resources’ extraction and management.

Extracting sand where it plays an active role, such as rivers, and coastal or marine ecosystems, can lead to erosion, salination of aquifers, loss of protection against storm surges and impacts on biodiversity, which pose a threat to livelihoods through, among other things, water supply, food production, fisheries, or to the tourism industry.

According to the report’s authors, sand must be recognised as a strategic resource, not only as a material for construction but also for its multiple roles in the environment.

They stress that governments, industries and consumers should price sand in a way that recognises its true social and environmental value. For example, keeping sand on coasts may be the most cost-effective strategy for adapting to climate change due to how it protects against storm surges and impacts from sea level rise – such services should be factored into its value.

An international standard on how sand is extracted from the marine environment should also be developed, the report proposes.

This could bring about dramatic improvements as most marine dredging is done through public tenders open to international companies.

Meanwhile, the report recommends that the extraction of sand from beaches be banned due to its importance for coastal resilience, the environment and the economy.

“To achieve sustainable development, we need to drastically change the way we produce, build and consume products, infrastructures and services. Our sand resources are not infinite, and we need to use them wisely. If we can get a grip on how to manage the most extracted solid material in the world, we can avert a crisis and move toward a circular economy,” said Pascal Peduzzi, Director of GRID-Geneva at UNEP and overall programme coordinator for this report.

Sand is critical to economic development, needed to produce concrete and build vital infrastructure ranging from homes and roads to hospitals.

By providing habitats and breeding grounds for diverse flora and fauna, sand also plays a vital function in supporting biodiversity, including marine plants that act as carbon sinks or filter water.

The resource will be crucial to achieving the Sustainable Development Goals and tackling the triple planetary crisis of climate change, pollution and biodiversity loss.

However, it is being used faster than it can be naturally replenished, so its responsible management is crucial.

The authors note that solutions exist for moving towards a circular economy for sand, including banning the landfilling of mineral waste and encouraging sand to be reused in public procurement contracts are among the policy measures cited.

Crushed rock or recycled construction and demolition material, as well as ‘ore-sand’ from mine tailings, are among the viable alternatives to sand that should also be incentivised, the report added.

K-Rail debate might turn out to be a damp squib