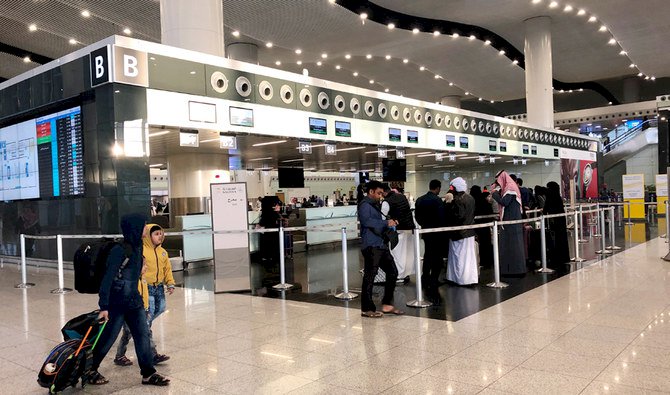 SAUDI Arabia has announced that it will revoke an entry ban on expats from six countries, including India and Pakistan from December 1.

It is to mention that the ban was introduced to mitigate transmission of Covid-19. As per an official directive issued by the Saudi Arabian Interior Ministry, fully vaccinated travellers from India, Pakistan, Brazil, Vietnam, Egypt and Indonesia will be allowed to enter the Kingdom without having to undergo 14 days of institutional quarantine that was deemed mandatory before.

However, the expatriates must spend five days in quarantine in Saudi regardless of their vaccination status outside Kingdom borders, the Arab News reported, quoting the MOI statement.

The ban was introduced earlier this year to curb the spread of the delta variant of the Covid-19 virus.

Saudi Arabia suspended direct flights from Lebanon, the UAE, Egypt, Turkey, Britain, the US, Germany, France, Italy, Ireland, Portugal, Switzerland,  Sweden, Brazil, Argentina, Pakistan, South Africa, India, Japan and Indonesia. Although, diplomats, medical staff, and the families of both the categories were permitted to visit and leave the Kingdom as required.

The travel ban by Saudi Arabia was implemented on March 14, 2020, just two days after the World Health Organisation (WHO) declared COVID-19 a pandemic.

The restrictions announced later extended to any traveller who transited through any of the 20 countries in the last 14 days before flying to the Kingdom. Entry to Saudi by land, air and sea resumed on January 3, 2021.