EnvironmentA forest buffer zone, no matter how necessary it may be ecologically, has social consequences and people need to be convinced, say researchers.Haritha JohnA protest held in Idukki districtOn June 3, the Supreme Court directed that... 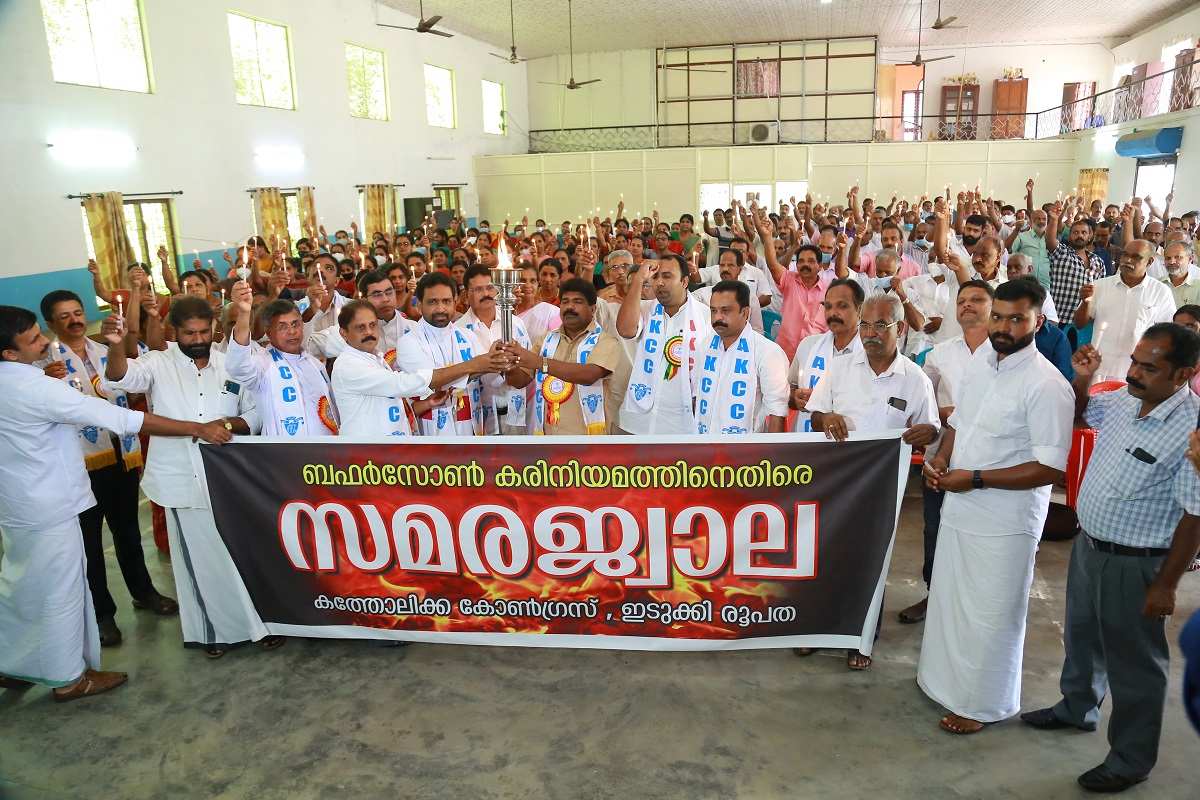 ON June 3, the Supreme Court directed that every protected forest, national park and wildlife sanctuary in the country should have a minimum one km  eco-sensitive zone (ESZ), from their demarcated boundaries.
A three-judge bench of Justices L Nageswara Rao, BR Gavai and Aniruddha Bose, pronounced the judgement in a petition seeking protection of forest lands in the Nilgiris district of Tamil Nadu.
The judgement referred to the guidelines on buffer zones issued by the Ministry of Environment, Forest and Climate Change (MoEF&CC) of the Government of India on February 9,  2011.
While a few environmentalists have welcomed the order, some others found it unscientific. There were also huge protests against the verdict by farmers' organisations in Kerala. Idukki and Wayanad district witnessed hartals called by political parties, including the ruling Left Democratic Front (LDF). Protests were also witnessed in the districts of Kannur, Kozhikode and Thiruvananthapuram.
According to the 2011 guidelines, the eco-sensitive zones are declared to create a “shock absorber” for the protected areas. “They would also act as a transition from areas of high protection to areas involving lesser protection,” the guidelines said, adding that these zones will however be of regulatory nature rather than prohibitive.
As per the guidelines, a committee comprising the Wildlife Warden concerned, an ecologist, and officials from the Local Self Government and the Revenue Department of the area concerned, are to be formed to look into requirements, methods of management and preparation of plans for each ESZ.
Based on that the Chief WildLife Warden can group areas under, ‘Prohibited’, ‘Restricted with Safeguards’ and ‘Permissible Categories’.
The guidelines prohibit commercial mining, setting up of saw mills and industries causing pollution, commercial use of firewood, establishment of major hydroelectric projects, use for production of hazardous substances, undertaking activities related to tourism like flying over the national park area by aircraft or hot air balloons, discharge of effluents and solid waste in natural water bodies or terrestrial areas.
Apart from this, there are restrictions on many activities like tree felling, establishing hotels, movements of vehicles at night, ground water harvesting and so on.
Some environmentalists consider this order an efficient step for forest conservation.
However many environmental researchers and scientists find the order to be not practical and unscientific.
Read More