RehabilitationFrom Ernakulam’s exorbitant land prices to fear of alienation, TNM speaks to the residents of Chellanam and surrounding areas to understand the staunch opposition towards Kerala government’s Punargeham rehabilitation project.Maria... 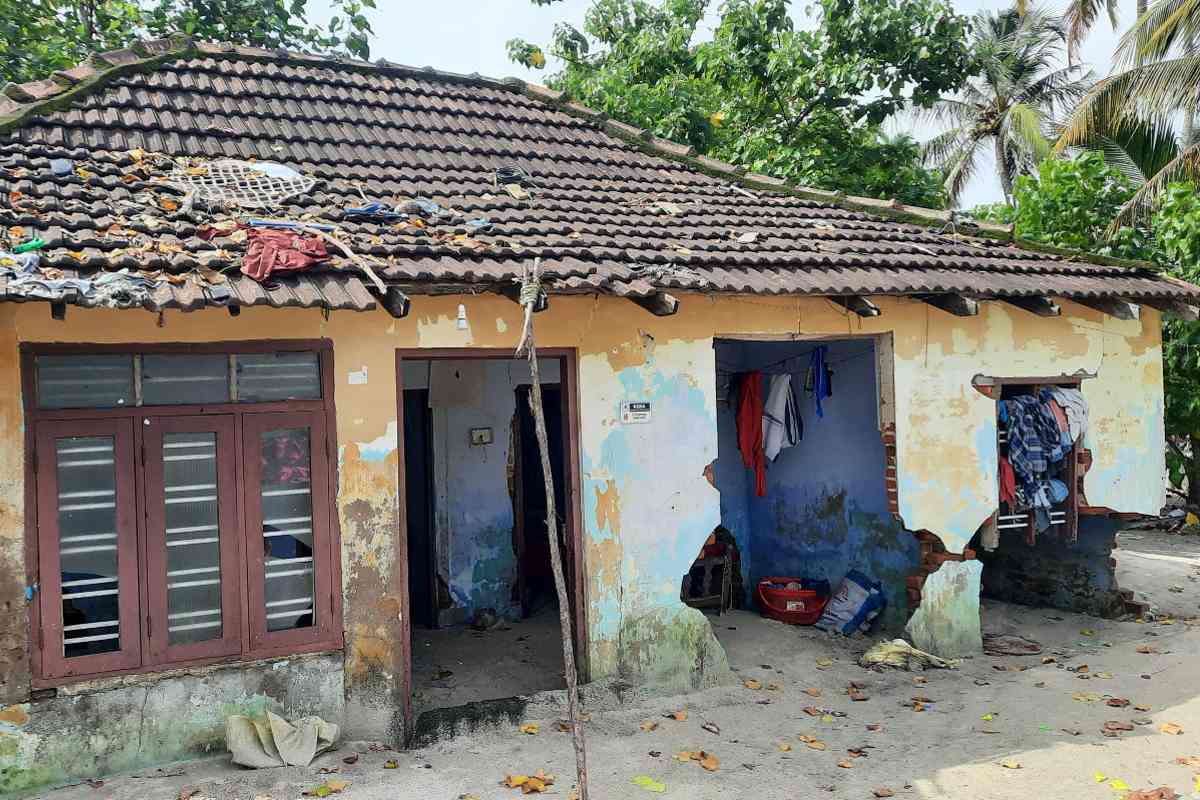 IDEALLY, the Kerala government’s Punargeham rehabilitation project should have come as a sigh of relief for the residents of the coastal panchayat of Chellanam in Ernakulam district.
A Fisheries Department endeavour aimed to rehabilitate coastal populations facing the threat of displacement due to sea erosion, the project will award Rs 10 lakh each to its beneficiaries, from which up to Rs 6 lakh can be used to purchase a land of their liking, given that it is at least 200 metres away from the high tide limit.
All coastal residents living within 50 metres of the high tide limit are eligible to be beneficiaries. For an onlooker, the rehabilitation plan might seem like a perfect alternative for the residents of Chellanam, who brace themselves every monsoon as the sea erupts past the three-decade-old crumbling seawall to batter their homes, flooding large areas and leaving feet-high deposits of sand inside houses.
It may be noted that over the past half century, Chellanam grama panchayat has lost large swathes of revenue land to sea erosion. Residents say that the matter has taken a particularly bad turn, after cyclone Ockhi hit the coast in 2017.
Most recently, in the first week of July, the ongoing southwest monsoon significantly affected several houses in Kannamaly and Cheriyakadavu, with areas under the Kochi Municipal Corporation like Manassery and Saude also feeling the impact.
Despite this being the case, however, a majority of the population simply refuses to be relocated through the Punargeham project. Why?
Victoria, a resident of Cheriyakadavu (ward 5, Chellanam grama panchayat), pointed out to TNM that land prices in Ernakulam are exorbitant. “The amount of Rs 6 lakh allotted under the project is a paltry sum in comparison,” she said.
"One way to overcome this land price issue would be for the government to directly build flats and/or houses to hand over to beneficiaries. However, there isn’t sufficient land under government ownership in coastal Ernakulam to construct such buildings for all beneficiaries, said Sandeep P, nodal officer of the project in the district.
“A plan has been sanctioned to construct flats for beneficiaries in 32 cents of land at Beach Road in Saude. Around 30 families have expressed interest, and the project will commence soon. But most people prefer individual houses.”
According to Sandeep, as many as 1,638 households are eligible to claim benefits through Punargeham in the district.
Read More