'Situation will change once…': Sharad Pawar on Maharashtra political crisis 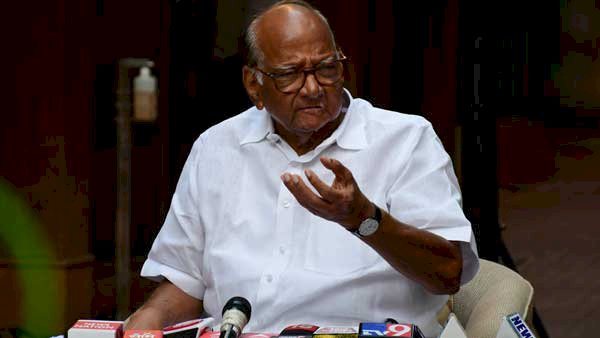 NATIONALIST Congress Party (NCP) chief Sharad Pawar on Thursday said that the floor of the Assembly is the only place where it can be proved whether the Uddhav Thackeray-led government is in minority or not.

Speaking to reporters after a party meeting in Mumbai, Pawar asserted that the situation will change once the rebel MLAs return to Mumbai, reports Hindustan Times.

“Maharashtra government is in minority or not has to be established in Vidhan Sabha. When procedures will be followed, then it will be proved that this government is in majority,” he said, adding that the rebel MLAs led by Eknath Shinde will have to present themselves in Vidhan Bhawan premises in Mumbai.

Pawar's comments came amid looming threat to the Maha Vikas Aghadi government, with at least 38 Sena MLAs in Shinde's camp.

Maharashtra had witnessed 36 days of high-voltage drama post the 2019 state assembly elections during which BJP's Devendra Fadnavis stunned the opposition by taking oath as chief minister in a secretive manner. But the swift response by Pawar, Shiv Sena and Congress forced Fadnavis to resign and Thackeray was sworn in as the chief minister under a coalition government of the three parties.

“We have seen such situations in Maharashtra several times. With my experience, I can say that we will defeat this crisis, and the government under the leadership of Uddhav Thackeray will run smoothly,” Pawar said.

Without taking names, Pawar suggested that BJP-led Assam government is helping the rebels.

“Everyone knows how the rebel Shiv Sena MLAs were taken to Gujarat and then Assam. We don't have to take the names of all those assisting them...Assam Government is helping them. I don't need to take any names further,” he said.

NCP leader Jayant Patil said that there is no question of proving the majority as of now.

“MVA has the majority and is still in power. It's just that some Shiv Sena MLAs have gone to another state after being unhappy but we are confident that Shiv Sena will succeed in bringing them back,” he said.