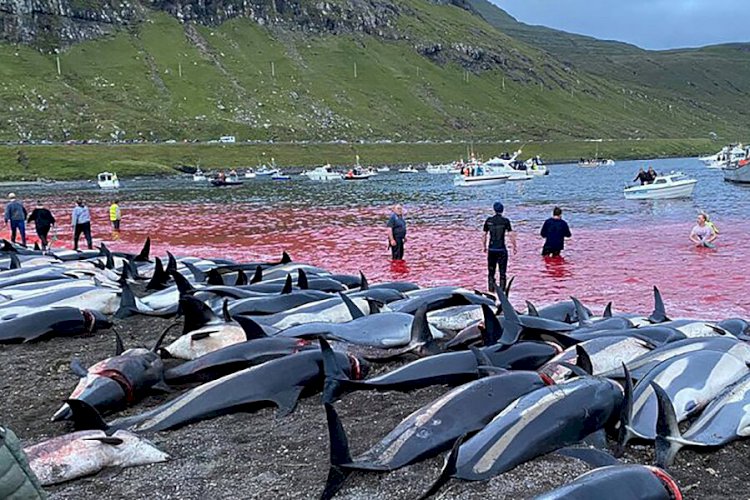 IN keeping with the annual, 'barbaric' tradition of killing dolphins, nearly 1500 of these mammals were killed in Faroe Island in Denmark recently, the Wion reports.

The images and videos from the event held over the weekend depicted water and shoreline becoming red with blood of dead dolphins. The hunt has sparked outrage and drawn sharp reaction from animal rights activists

The hunt, called Grindadrap, in which dolphins are herded by motorboats towards the shore. They are then killed by the whalers on the shores using harpoons and even power drills. Grindadrap is considered to be an example of traditional 'aboriginal whaling'

As per local media reports, 1428 dolphins were killed during the hunt over the weekend. Tweets showing horrific photos and videos of the hunt did rounds.

Animal rights activists are up in arms over the practice. Blue Planet Society urged Danish authorities as well as the EU to stop the annual hunt.

UK, US and Australia launch pact to counter China