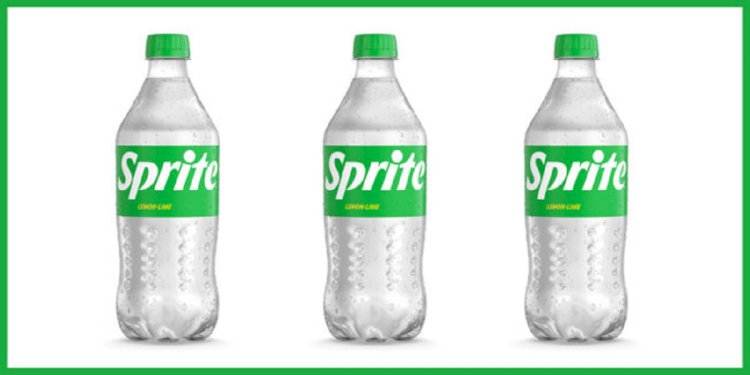 It’s a major change for the bubbly lemon-lime drink that debuted in the United States back in 1961 and became a staple in households and grocery stores with its eye-catching green packaging.

The new design will start on Aug. 1 and is part of an effort to “support a circular economy for plastic packaging," The Coca-Cola Co. said in a statement.

Although the green polyethylene terephthalate (PET) packaging Sprite bottles are currently made of is recyclable, because of its colour, it's separated from other clear items to avoid discolouring material used to make new PET bottles.

“The recycled material is more often converted into single-use items like clothing and carpeting that cannot be recycled into new PET bottles,” the statement said.

Switching from clear to green increases the likelihood that these bottles can be recycled into new ones.

R3Cycle, a reprocessing company working with Coca-Cola Consolidated to enable bottle-to-bottle recycling across the U.S., praised the decision.

“Taking colors out of bottles improves the quality of the recycled material,” CEO Julian Ochoa said in a statement. “This transition will help increase the availability of food-grade rPET. When recycled, clear PET Sprite bottles can be remade into bottles, helping drive a circular economy for plastic.”

Sprite will also revamp its logo and will feature a prominent "Recycle Me" message, along with the new packaging design. But its green legacy will live on with the bottle's packaging graphics and in keeping its recognizable green cap.