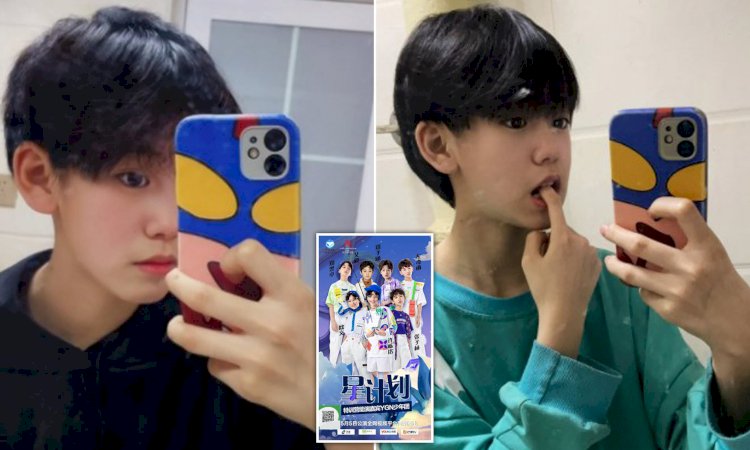 A YOUNG girl in China has apologised for "deceiving fans" after trying to join a boy band, the BBC reports.

Fu Jiayuan, 13, said she lied about her gender to a popular management company because she was "young and ignorant".

Even though she was only part of YGN Youth Club's boot camp and not an official band member, fans could watch her training videos on social media.

Many YGN Youth Club fans were amused by the revelation, and said it was "not a big deal."

But Ms Fu, who was forced to admit the deception after an internet user pointed out that she is a girl, said she would now quit the entertainment industry.

"I'm sorry to everyone who put their trust in me," she wrote in a statement earlier this week. "I promise I will not show up in the entertainment industry or on any video platforms in the future."

YGN Youth Club only recruits young boys, most aged between 11 and 13. A challenging programme trains them in song and dance techniques and moulds them into future idols.

The company said the mistake happened because auditions had been held online due to the pandemic.

"Our staff were negligent in the work process... In the future, we will adhere strictly to the company's rules and regulations," it said in a statement.

Many fans have come to Ms Fu's defence, however, and jokingly compared her to the Chinese folk heroine Mulan.

According to legend, Mulan was a young woman who disguised herself as a man so that she could fight to save her family and country. The story is known globally after it was turned into a Disney film.