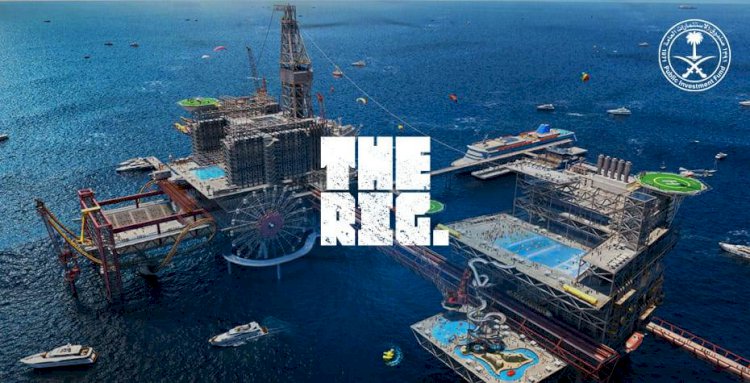 SAUDI Arabia's Public Investment Fund has launched "The Rig", which it claims is the world's first tourism destination on offshore platforms.

An 800-room hotel resort and theme park on a series of connected platforms that span 150,000 square metres is planned as part of the project.

"This project is a unique ... attraction, expected to attract tourists from around the world, while being especially popular with citizens and residents of the GCC countries in the region," the PIF said as it unveiled the project.

A promotional video showed images of theme park water slides constructed on a drilling platform and a steel-and-glass hotel atrium at the centre of the attraction.

The venue will have berths for 50 yachts along with "three hotels, world-class restaurants, helipads and a range of adventurous activities, including extreme sports".

The PIF did not disclose the location of The Rig. Many of Saudi Arabia's oil platforms are clustered off the east coast city of Dammam.

An opening date was not disclosed, with the PIF only saying that the project was part of its 2021-2025 strategy. Officials are yet to clarify whether the rig would be constructed from scratch, or adapted from an existing oil platform.

The Rig, which was announced on Saturday, is the latest tourism and entertainment project designed to reduce Saudi Arabia's reliance on oil.

The kingdom's government recently unveiled plans for major resorts in the Red Sea off the country's west coast.