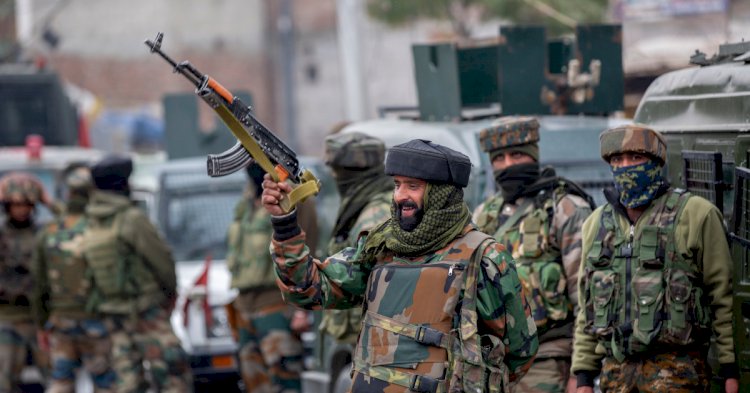 INDIAN forces have killed five suspected rebels in two clashes in Indian-administered Kashmir, police say, a day after the rebels killed five army soldiers in a gunfight in the disputed region.

The first clash erupted following a raid by soldiers and counterinsurgency police in the Imamsahab area of southern Shopian district, police said on Tuesday.

Troops cordoned off the area late on Monday, and a gun battle broke out when the rebels refused to surrender, police said. Three rebels were killed in the ensuing fight early on Tuesday, police said.

Residents said troops blasted one civilian house with explosives during the fighting, a common tactic by the Indian troops in Indian-administered Kashmir.

In a separate clash on Tuesday, two suspected rebels were killed inside an apple orchard during a security operation in the village of Feeripora, also in Shopian, police said.

On Monday, five Indian soldiers, including a Malayalee from Quilon, were killed in the deadliest gun battle with rebels this year in a forested area of southern Surankote district. Lieutenant Colonel Devender Anand, an Indian army spokesperson, said troops continued with search operations in the area on Tuesday.

Covid TPR drops below 10 per cent