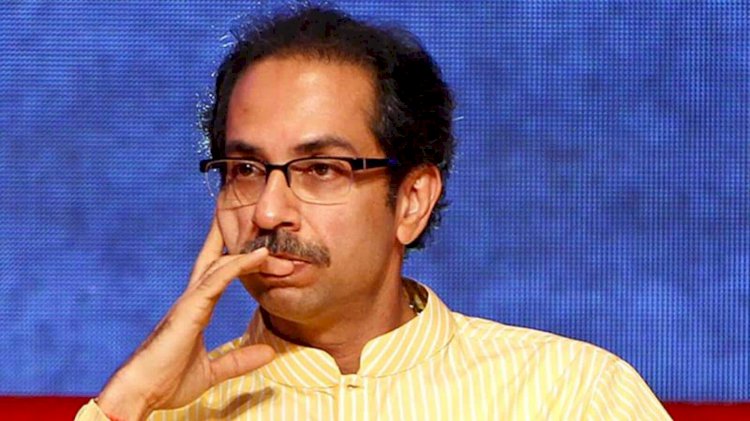 MAHARASHTRA Chief Minister Uddhav Thackeray on Wednesday said he was keeping the resignation letter ready, but urged the rebel MLAs to come and tell him on his face that they did not have the trust in him.

He, however, added that after he quits as the CM, he would someone from the Sena to take over.

Addressing the state through a Facebook Live session, Thackeray said the Shiv Sena will never leave the Hindutva and that is what Balasaheb Thackeray had taught the party functionaries.

Stating that he is not afraid of any challenge as long as the common Shiv Sainiks are with him, Thackeray said what upset him was the fact that it was not the Congress or NCP that lost trust in him.

“But come face to face and tell me, why go to Surat. I am not someone who would fight for the chair.”

“Those who think I am incapable of leading the Shiv Sena, they must come to me. I am ready to relinquish this role as well.”

"They say I do not meet people. I conducted my first Cabinet meeting from a hospital. After my recovery from the spine surgery, I have been meeting people

“I did not have any experience but I took the responsibility of the chief minister's post. The Congress and NCP, who we had fought for 25-30 years, became our allies. During a call with Sharad Pawar, he asked me to take up the role of CM as both parties had senior people. Till now, everyone has given their cooperation. The administration has worked really well.

"In 2014, we got 63 legislators in a Modi wave. Many who are raising questions were ministers after that. That was also Balasaheb's Shiv Sena… Some people are trying to say that this is not Balasaheb Thackeray's Shiv Sena, but we are exactly following his words.”

Some MLAs are calling us to say they have been taken away to Surat forcibly, but don't want to get into that

There has been a strong buzz in the state that Thackeray, who tested positive for Covid-19 earlier in the day, might put in his papers as the turmoil following the flight of rebel Sena leader Eknath Shinde with more than 30 legislators to Assam where the BJP is in power. The rebel camp had left Maharashtra a day ago for another BJP-ruled state, Gujarat, where it stayed for about a day in Surat.

The Shiv Sena, one of the three constituents of the ruling alliance of the Maha Vikas Aghadi (MVA), had asked all party MLAs to attend a legislature party meeting in Mumbai at 5 pm and issued an ultimatum saying those remaining absent would be considered to have left the party voluntarily.

Soon after, Shinde's camp wrote to the governor and deputy speaker stating that it has appointed Bharat Gogawale as the chief whip as it has required numbers, and that the 5 pm meeting is illegal.

Shinde's letter sent to deputy speaker Narhari Zirwal said Sena MLA Sunil Prabhu, who was appointed chief whip a day ago, cannot hold the post anymore given the fresh numbers in the rebel camp. Prabhu has convened the 5 pm meeting on behalf of Thackeray.

Shinde's letter to Zirwal has the signatures of 34 MLAs, of whom two are not from the Sena. However, he is still short of the number needed to bypass the anti-defection law.

Sharing a tweet in regard, Shinde wrote, “Shiv Sena MLA Bharat Gogavale has been appointed as the chief representative of Shiv Sena legislature. The reason is that the orders issued by Sunil Prabhu regarding today's meeting of MLAs are legally invalid,” Shinde's tweet read.

Shinde has claimed that he has the support of 46 MLAs, including about seven Independent MLAs. The Sena has 55 legislators in the Assembly.