US fireman finds 10 dead in house blaze are his family 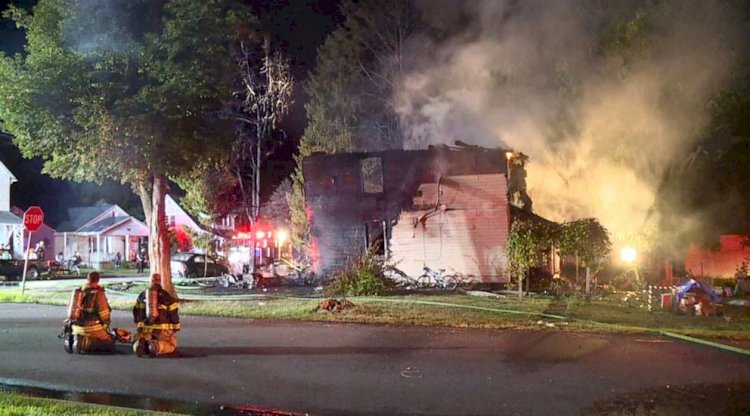 THREE children and seven adults have died in a house fire in the US state of Pennsylvania, and a firefighter called to the scene was horrified to find the victims were his own family, reports the BBC.

Pennsylvania State Police confirmed the names of six of the victims, but have yet to identify the youngest children, aged five, six and seven.

A criminal investigation has been launched into the fire's cause.

The blaze is thought to have begun on the porch early on Friday morning.

He said the three children who died - two boys and a girl - did not live in the home, and were visiting for summer activities.

Harold Baker said his son, Dale, had followed his footsteps by joining the fire service.

Police say the bodies were recovered from the destroyed building with the help of police sniffer dogs. Three adults managed to escape to safety, according to a police report.

"Firefighters attempted courageous efforts to make entry into the house in the rear, but were pushed back from extensive flames and heat," Pennsylvania State Police Lt Derek Felsman told reporters on Friday.

Mr Baker told the Citizens' Voice newspaper in the city Wilkes-Barre: "When we turned the corner up here on Dewey [Street] I knew right away what house it was just by looking down the street.

"I was on the first engine, and when we pulled up, the whole place was fully involved. We tried to get into them."

Speaking to WNEP-TV, he said: "The kids that were there and my two kids were just visiting their aunt and uncle.

"Those were the ones who own the house. They were there visiting and going into the pool and all that."

Pennsylvania Governor Tom Wolf wrote on Twitter that he was "heartbroken" by the tragedy.

The American Red Cross told CNN that they were responding, and helping those that have been displaced.