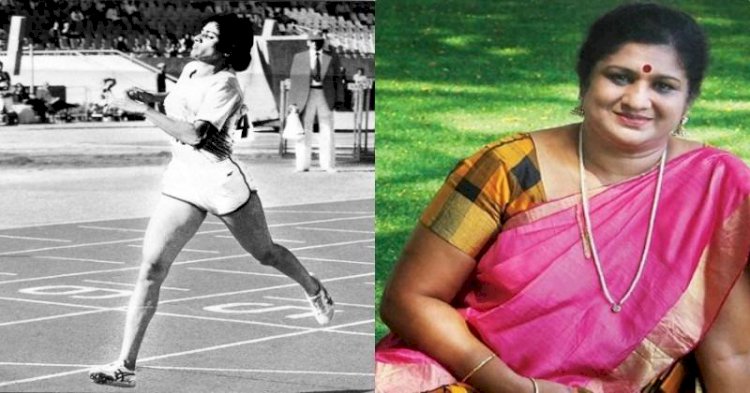 FOUR-time Olympian, and one who became the first Indian woman athlete to reach the 800m semifinals at the Olympics, Shiny Wilson, feels India has a "very good chance" of winning an athletics medal in Tokyo this time around.

The first woman flag-bearer of the Indian contingent at the 1992 Barcelona Olympics, Shiny said her wishes are with the team and that she would be extremely happy if an athlete from the country wins a medal.

"I have high hopes, especially in javelin and long jump. India has a good chance of a medal. We all will be extremely happy if India wins (a medal) as it has eluded us all this while," Shiny told IANS over phone from Chennai.

The 56-year-old Shiny, who recently returned from the US and is set to resume her job as a general manager in Food Corporation of India, said, "If you ask me what has made me happy, I will say the support we (PT Usha and MD Valsamma among others) have got.

"We have shown that if the support is there, any female from Kerala can achieve great heights in the field of athletics. We are happy to see so many young girls entering athletics from Kerala," said Shiny.

Shiny, who recently became a grandmother, said that she's achieved everything because of athletics and the support and prayers from various quarters.

Shiny said that had the mixed relay events been there during her time, India could have won a medal at the Olympics. She added that a handful of Kerala athletes, who will be competing in mixed relay events in Tokyo, stood a good chance of winning a medal.

"Yes, may be looking back, if that event was there during our times, perhaps India could have won its first athletic Olympic gold."

Shiny also expressed hope that India will be able to do well and win medals in shooting and hockey.

Shiny was a national champion in 800m for 14 years and represented India more than 75 times in international competitions.

She holds the distinction of representing Asia in four World Cups and is perhaps the only athlete to have taken part in six Asian Track & Field meets in a row beginning 1985 in Jakarta.

During this period she won seven gold, five silver and two bronze medals in Asian competitions. She collected a total of 18 gold and two silver medals in the seven South Asian Federation (SAF) meets she competed in.

An Arjuna awardee in 1985, the country decorated her with the Padma Sri in 1998.

She married swimming great Wilson Cherian in 1988 and the couple has three children. - daijiworld