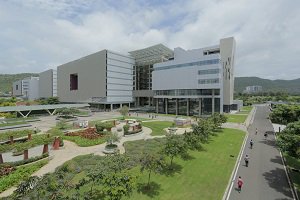 INDIA'S largest IT services player TCS has asked employees to report back to their “deputed location” or base branch by November 15. This indicates that the company is beginning to prepare employees for an end of work from home but the return to office will be done in a calibrated manner considering employee health and safety, the company said in a statement, according to an Economic Times report.

Milind Lakkad, TCS’ Executive Vice President and global head of human resources, in an official communication to employees earlier this week asked them to return to their base branches. Currently, only 5% of the company’s 5,28,748 employees work from office.

“Towards the end of CY’21, we will encourage our associates to return to offices, at least initially, before we switch to the 25/25 model. This will be done in a phased and flexible manner and will depend on respective team leaders and the requirements of each team/ project,” it said in the statement.

“We are committed to the 25/ 25 model, but before transitioning to the model we need to start by getting people back to the office and gradually evolve to 25/25.”

Under the company’s 25X5 vision for 2025, only 25% of its almost half-a-million global workforce will be in office locations at any point in time, with associates spending only 25% of their time in the office. And within project teams, only 25% of employees can be co-located. TCS CEO Rajesh Gopinathan first highlighted its 25x25 or 25/25 plan during the company’s FY20 annual report. He has spoken about it since on multiple occasions.

Earlier TCS CEO Rajesh Gopinathan had said that the company plans to call 70-80% of its workforce to work from office by end of the current calendar year or early next year based on how the impending third wave of the pandemic turns out.

TCS contributes nearly 15% to the country’s $150 billion software exports and employs 10% of the country’s 4.6 million IT workers. Owing to a rally in TCS share prices in the current market bull run led to its market capitalization hitting Rs 13.5 lakh crore mark. It is the second listed company in India after Reliance Industries and the first information technology (IT) company to cross the milestone.

New guidelines as colleges set to resume from 18th