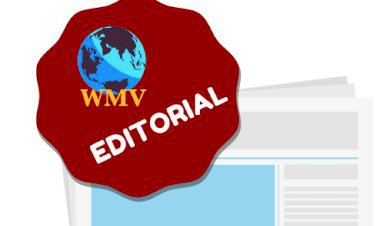 WE live in early 21st century. Twenty years or almost a generation had passed since 2000 as 20 to 25 years are considered a generation.

When we look back 25 years and then 50 years, can you comprehend how much the world has changed? Let us go back to the 1970s, that is two generations before, then late 90s, one generation before and now. Those who are old enough to remember 1970s, India was still an undeveloped country, most of the people were poor, no good roads, very few cars, no TV and no technology, very few engineering and medical colleges. There were no jobs, and even engineers could not get jobs.

Keralites started migrating to Gulf countries looking for jobs. Life had no luxuries, except for a very few people. Agriculture was the source of income for most people and the so called lower caste and traders were dependent on agricultural and related labour.

Computer technology just got started in USA, there was no fax and  no cell phones, but in America and European countries most people led a good live. Gulf countries were picking up with the development of oil fields. Russia or the Soviet Union was a big communist country and so also China. But China was mostly underdeveloped.

India was at least 30 to 40 years behind on technology including TV, computers, telephone and automobiles. Let us now go to the late 1990s. Lots of changes have taken place since then. India turned into a developing country from an underdeveloped stage. More educational institutions were opened. In Kerala more engineering and medical colleges started, besides public schools with CBSC syllabus. New car manufacturing units were opened. Good roads were built.

Technology picked up in USA and other advanced countries. New technologies like fax and cell phones came to use. Worldwide web and internet started becoming popular. Life has changed for many people. Lots of Keralites migrated to USA, Canada, Europe, Africa and Australia, besides other countries.

Generations can be classified in general as:

1945 -1965 - Baby boomers. So many children were born in this period especially in the Western world after the second World War.

1965 – 1985 – Generation X. This generation was the changing generation from traditions to modern lifestyles.

2005- to 2025 – Generation Z. Created real changes to the way of life, technology, communication, acceptance of sexual orientation of people, women’s freedom and equality. Major changes to the world happened during this period.

What is the new generation going to be named, Alpha, 2025 – 2045. Lots of changes are going to happen to the world, human lifestyles and relationships, technology, comforts, communication, medical treatments, electric cars and trucks. Based on what happened to this generation we can probably look forward to these changes and can never predict what is going to happen.

In 2045 we will have a new world; in most cases very different from the Generation Z and even Generation Alpha. Generation Alfa will be already changing to unimaginable things and we cannot even comprehend what will happen during Generation Beta.

Generation Z has lots of work to complete and bring back the great tradition, culture and values experienced by the previous generations.